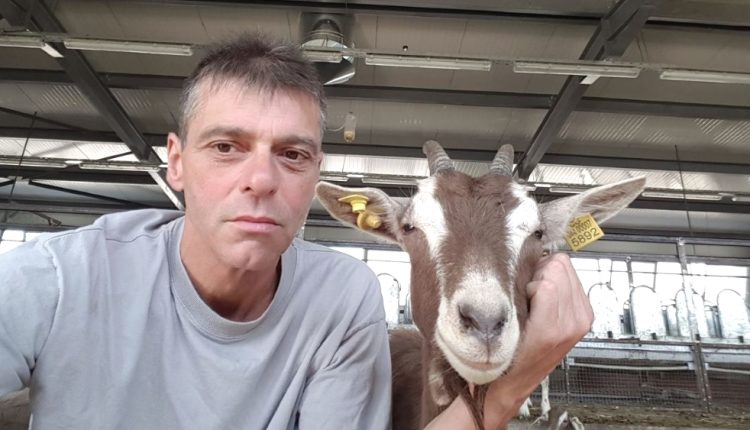 There are thousands of expatriates in Bulgaria. Some are infants, others study. There are expats who work in call centers, there are expat teachers, doctors, architects, missionaries, entrepreneurs and diplomats. And there is Marcel Moos.

The Swiss national from the Canton of Zug probably has the most groundbreaking profession of them all. He is in the process of setting up a large goat farm in the Bulgarian Gabrovo province. So far, he has 210 Austrian goats. At some point, he plans to have 1000 animals in 5 stables. His farm is being supported by the European Union.

Moos has visted Bulgaria many times since the early 1990-s, and he says the country makes him feel at home.

Two and a half years ago, he purchased the land for his goat farm. A few months later, he started planning. In March of 2017, the construction work started. So far, there are two stables, a milking hall and a hay shed. There have been setbacks, but Marcel Moos will not be discouraged that quickly.

Imanuel Marcus spoke to him.

Magazine79: How did you develop the idea to set up a goat farm in Bulgaria?

Marcel Moos: Ten years ago, I ran a Bulgarian company as their technical director. That was when I developed the wish to run my own project in Bulgaria. So I started thinking about what exactly I could do. After a while, I had two options. The first one was to build a holiday facility for handicapped people from the three German-speaking countries. This could have worked, but nobody was willing to help me. My second option was a goat farm.

Marcel Moos: Things are crazy around here, but that was to be expected. The goats settled in quite well and I have only had one loss. A German lady came here from Norway, in order to help me with the goats. I am glad she is here. Bulgarians usually treat animals differently. You know, when you want performance, the animals have to be able to live in peace. They should not be stressed, but feel well. It is what they call species-appropriate husbandry. The Bulgarians do not seem to see it that way.

Magazine79: Are your goats Bulgarian or Swiss?

Marcel Moos: They are actually Austrian. We have two kinds of species: Chamois Coloured goats and Toggenburg goats. Both are so-called high performance milk goats.

Magazine79: Not only are you in the process of building your goat farm, but you actually transported a former kindergarten from Switzerland to Bulgaria. How did you manage to do so and why did you do this in the first place?

Marcel Moos: Yes, I live in the former kindergarten. It is 7 by 21 metres in size and an element construction. In Switzerland, they wanted to build a new kindergarten, so they needed to get rid of the old building. They even gave me 1000 Euro for taking it. Two large trucks with four men came from Bulgaria, in order to pick up the parts and bring them to my premises in Gabrovo. Over here, the building was reconstructed, while all the rooms were refurbished. I have a small apartment in this former kindergarten, and the employees have three rooms.

Magazine79: What about the stables for the goats?

Marcel Moos: They were built from scratch. On this land, there were bushes only. First, I needed to build a 2 kilometre long road built, in order to have access at all. Then they told me I had to build a large water reservoir, which cost money as well. Also I needed a transformer for the electricity. That one wasn’t cheap either.

Magazine79: This sounds very adventurous. So you have all of these goats now. What kind of products do you offer?

Marcel Moos: At this stage it is all about milk. We already have a local purchaser. Our goal is to have 1000 goats soon. If I don’t run out of funds beforehand, I will build a cheesery, at some point.

Magazine79: What have you learned about goats so far?

Marcel Moos: I already knew about goats, to a certain extent, since I had visited courses at an agricultural college beforehand. I also read a lot and visited other goat farms. Goats like to be outdoors. We will make sure they can be. We have a lot of land for that purpose. Later, we want to offer bio products. For those, grazing is a requirement anyway.

Magazine79: On a blue and white social media site, you recently posted something about “smart and less smart goats”. How do you establish whether a goat is smart or not?

Marcel Moos: Some of these animals are cunning indeed. In a “goat group” on Facebook, I communicate with other goat farmers on a regular basis. One lady said she had a goat which was able to open the lock of the box it lives in. She said she sometimes did not even notice when this happened. Another goat managed to open food boxes. Yet another one stood there, in front of an electric fence, moving its head. It actually waited for the moment between the electrical impulses, in order to jump right through the fence. That one is obviously a very special goat.