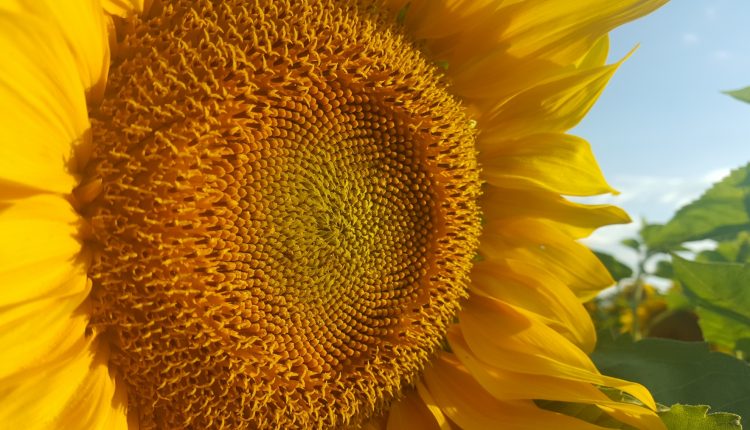 Who or what is tall, yellow, handsome, alluring, seductive? The answer: Sunflowers around the Bulgarian village of Novi Han, where the helianthus population is a lot highter that of human residents. The latter were a total of 2,659 last time they were counted.

Our reporter Imanuel Marcus had seen sexy sunflowers from the train. Now he went to that area by car, in order to shoot them. Little did he know he was heading for a nuclear waste site. Poor flowers.

As it turns out, that nuclear waste facility was dug by Bulgaria’s communist regime in 1964. This is where they dumped radioactive material from an experimental nuclear reactor. That is obviously why those sunflowers are as big as satellite dishes.

Had the author known what he was walking around on, he would have stayed at his desk, staring at the screen. Still, radioactive or not, those sunflowers looked fabulous. Awesome. Too beautiful to be real.

He approached them, one by one and in groups, and shot them without blinking an eye. Now he is saving for a Geiger counter.

So, what are Bulgarian farmers growing sunflowers for? Probably for sunflower seeds, sunflower oil and sunflower photos. We like all of those. Helianthus = nice! There are around 70 kinds of them. They are actually an import from North America.

Bulgaria: When Tourists Were Murdered in Burgas