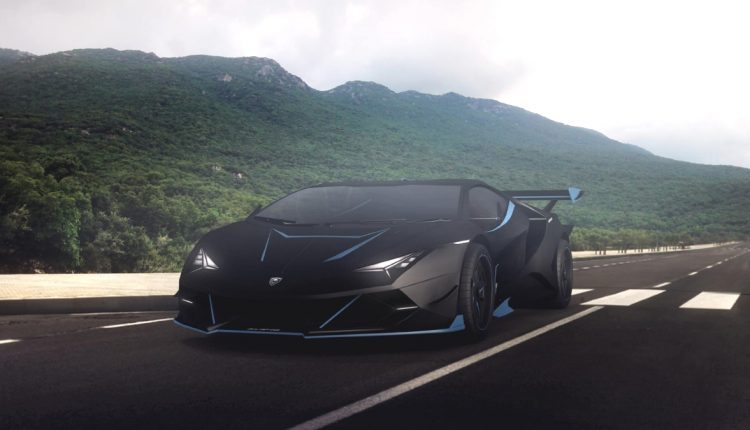 Bulgarian men love aggressive looking cars. They also love vehicles with a lot of power. And when those produce a lot of noise, hardly any Bulgarian male can resist.

At the same time, most Bulgarian roads are terrible. Even motorways built only a decade ago are badly damaged, due to a lack of quality and know-how. Many rural roads resemble Swiss cheese. Therefore, cross-country vehicles are the best choice. The kind of vehicle even the largest potholes can not damage or kill. With a Hummer, a Land Rover or a Unimog, any Bulgarian road can be conquered.

Now, a new Bulgarian company wants to build and offer the exact opposite of a cross-country vehicle. Actually, Alieno just announced what it calls a “hypercar with a brutal technical superiority”.

Judging from computer-animated pictures the company released, the Alieno Arcanum will look like a Lamborghini Aventador. But it will have almost five times the power of a Bugatti Veyron, while costing the same.

Whoever wants the Bulgarian-made hypercar will have to bring several cartons full of Euro bills. The RP2 version of the Alieno Arcanum costs 750,000 Euro, the strongest RP5 version 1.5 million Euro.

Obviously, the cost-benefit ratio is excellent, compared to the Veyron. The latter costs 1.5 million as well, but has only about one fifth of the power the Arcanum RP5 will have. Besides, the Veyron’s engine sucks a whole lot of gasoline, while the Arcanum just needs an electrical outlet.

It gets even better: The Alieno may not exist yet, in the sense that not one of them has been built, so far, but it can already be ordered. Once the first order comes in, Alieno wants to custom-build the vehicle and deliver it to the customer.

The founder, CEO and CTO of Alieno is Ahmed Merchev. He says the Arcanum was “our debut model, which clearly demonstrates the mission (…) to create hypercars with alien technologies from the future.” Marty McFly had the Flux Compensator. Alieno has alien technologies.

This Bulgarian hypercar would touch “not only the senses, but also your soul”, Merchev states. He announced, the company would build artificial intelligence systems into the Arcanum. “It is like having your own alien at your disposal, who is your guide, your guardian”.

Ahmed Merchev says his car would teach the owner how to reach its full potential while driving it. The question he left open is where exactly that potential could actually be used. On Trakia Motorway, between Sofia and Bulgaria’s Black Sea coast, with its maximum speed of 140 km/h and its dangerous corrugations?

The fastest version of the Arcanum will be able to do 488 km/h. Not even the German Autobahn can support that kind of speed for longer than a minute or two, with hardly any traffic and a lot of luck.

According to Alieno, the vehicle “has an innovative chassis, built entirely from pre-preg carbon-fiber and honeycomb core and consists of carbon-fiber monocoque with carbon-fiber front and rear subframes”. If that doesn’t convince buyers, what will? Maybe the “adaptive aerodynamics” it will have?

An anti-pothole system is not among the features of the Arcanum.