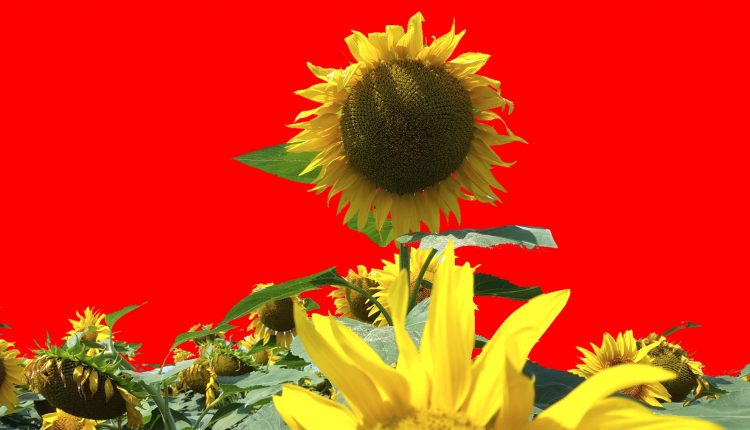 Our first attempt to shoot Bulgarian sunflowers failed miserably. At 5:30 a.m., we took off from the center of Sofia. Some 15 minutes later we were in Kostinbrod on road no. 88, in order to repeat last year’s successful photo shoot. The only issue: We did not find any sunflowers.

Then we remembered we had actually found some on road no. 8, rather than 88, last year. So we raced to Bozhurishte, located a few kilometers north of Sofia. Again no flowers. At this moment, the enormous scope of this conspiracy against us became crystal clear. We were not supposed to shoot sunflowers that morning.

A week later, on the way to Burgas at Bulgaria’s Black Sea coast, one valiant “sunflower expert” was determined to find those things alongside Trakia Freeway, in order to shoot them with his old Samsung phone. Even before Plovdiv, a huge sunflower field appeared. That one needed to be conquered and shot from all angles, immediately. But a 30 kilometer deviation did not take us there. We just did not find that damned field.

Back on Trakia Freeway, another two million sunflower fields were identified. One was located next to an ugly gas and service station. It was easily accessible, but not an ideal photo object, since the sun was shining towards that gas station, meaning the latter would always be on the photos.

Later we left the freeway at Chirpan in order to shoot sunflowers on a proper field, without gas stations. This time, utility poles messed up the beauty we could have captured. Also it was far too late by then. “Don’t shoot sunflowers after 7 a.m.” is the ground rule. Or at least do it in the evening. That way, they will look fabulous and too sexy to believe.

We will find and invade the right sunflower field, at the right time, before those things are gone.