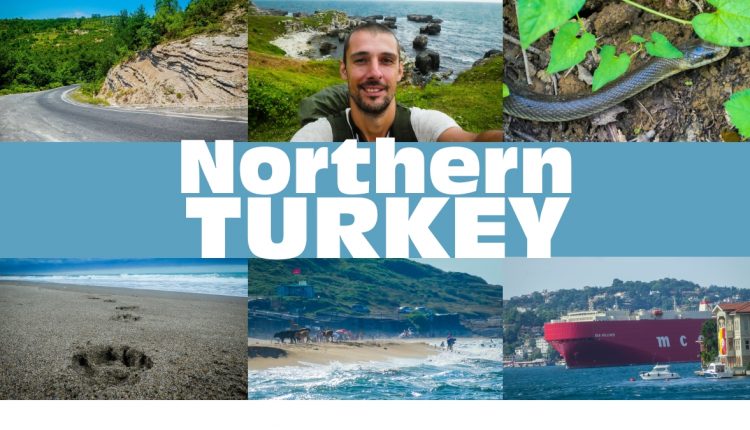 Vilian Stefanov is a Bulgarian IT professional who had the guts to do what many of us just dream of. He threw his job overboard and embarked on a world trip. He left Sofia some two weeks ago, on June 16th, 2018.

His means of transport is a pre-owned bicycle. Also he walks. During his journey around the world, which is scheduled to last until 2023, Vilian Stefanov will visit 62 countries. For now he is still in the first one, which is Turkey.

The adventurer is moving along Turkey’s northern coast, at the Black Sea. It is an area which turns out to be very mountainous. Stefanov says he pushes the bike more than he rides it. At least he gets rewarded whenever he reaches the top of a mountain, when he can sit on the bike and roll down.

He travels through Turkish villages he finds rather interesting. “I wonder why they are so close to the sea, without having access to it”, he says. Agriculture is what people in that region make a living with. Surprisingly, there seem to be more cows than humans on the beaches he found.

Vilian Stefanov purchases pretzels at tiny shops in villages. Once, in the town of Kumbaba, he shared a chicken meat skewer with a hungry black cat. His Turkish language abilities are enough to make a purchase, but not for more complicated conversations.

In one village, two young women approached him and tried to talk to him. He did not understand a single word. So he just smiled and left. He thought “I might become someone’s son-in-law if I stay”. Later he noticed people were following him up the hill. He just increased his speed in order to get away.

In Turkey, which is destination no. 1 of a total of 62, Vilian Stefanov is heading towards Georgia. From there he intends to enter Azerbaijan and Iran. And he is at a very early stage of the trip, Yes, it is quite an endeavor. Bon voyage, Vilian! We will keep on following you.