Bulgaria in Space: Two Missions and a Song 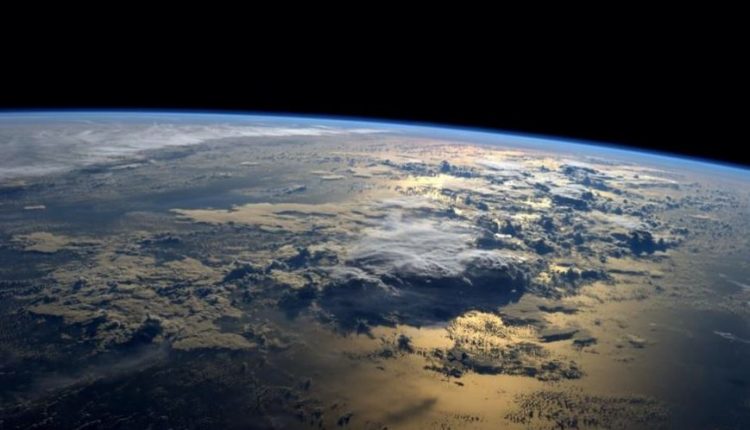 There were times when the words Bulgaria and space met in one and the same sentence. This kind of talk started more than half a century ago in Moscow. On a warm evening in August of 1964, the commander-in-chief of the Bulgarian Air Force, Lt. Gen. Zahari Zahariev, was invited to a reception at the residence of Soviet Defence Minister Marshal Rodion Malinovskiy.

The conversation which followed was described in the book “Interkosmos – The Eastern Bloc’s Early Space Program” by Colin Burgess and Bert Vis: General Zahariev asked Marshal Malinovskiy what he thought of the idea of sending Bulgarians into space, on a Soviet spacecraft. He proposed to send the four Stamenkov brothers. Not only were all of them pilots, but they were also present at that same reception.

According to the book, Marshal Malinovskiy did not regard that request as serious, even though Krum, Stamenka, Karamfil and Eugene Stamenkov were seen on a photo printed in the Red Star publication the next day.

First of all, the kind of fame which went along with flying into space was mainly reserved for Soviet cosmonauts. Secondly, at that point, the Soviet Union did not even have a spacecraft which would have been capable of taking that many people to the final frontier.

Sure, this happened three years after Yuri Gagarin became the first human in space. On April 12th, 1961, Gagarin, who was only 1.57 metres tall, had squeezed himself into a fish can officially known as Vostok 3KA-3 spacecraft. That flying saucer was not exactly a Space Shuttle.

But, 21 years before Gagagrin gave the Americans a pretty strong headache by leading the space race at that moment, a boy by the name of Georgi Kakalov was born in the Bulgarian village of Mikre, located close to Lovech. Later in life, when he was a grown man, he would become the first Bulgarian to fly into space.

After completing his studies and training at the Bulgarian Air Force School in Dolna Mitropolia, he was an Air Force pilot and later became an instructor. In 1978, nine years after the Americans had put the first men on a cheese ball called the Moon, and six years after Eugene Cernan, the last person to step off the lunar surface, had enough and went back to Earth, Kakalov became part of Intercosmos, the Soviet space programme. Since his name sounded like a dirty word in Russian, he became Georgi Ivanov at that moment.

Along with his Soviet colleague Nikolai Rukavishnikov, Ivanov blasted off into space from the Baikonur Cosmodrome on April 10th, 1979. That trip was Soyuz 33. And, until today, it was the highlight of Bulgarian space exploration. Well, it could have been, had everything worked according to plan. That is because Kakalov, or Ivanov, was part of it, but also because the entire scientific programme for this mission was prepared by Bulgarian scientists, which applied to part of the equipment as well.

Soyuz 33 completed 31 orbits. The two-man crew was in space for exactly one day, 23 hours and 1 minute only, since the mission was not exactly successful. Because of a blown engine, Soyuz 33 did not dock to the orbital station “Salyut 6”. And because the Bulgarian space traveller and his Soviet friend had another technical problem, they were in for a pretty hard touchdown on Earth. They had to endure 9 Gs, which is hell.

Ivanov, who is 76 years old today, was a Member of Bulgaria’s National Assembly much later.

The other big name in Bulgarian space exploration is Aleksandar Aleksandrov, another Air Force soldier turned cosmonaut. He is 66 years old today and works as Deputy Director of the Institute of Space Research for the Bulgarian Academy of Sciences.

In early 1978, more than a year before Kakalov blasted off, Aleksandrov was selected as a research cosmonaut, out of six Bulgarian semifinalists, two of whom were killed in 1977. Chavdar Dyurov and Ventsislav Yotov died during a trial flight, when their L-29 training aircraft crashed.

Aleksandrov had been Kakalov’s (or Ivanov’s) backup for Soyuz 33. But he would not experience the final frontier until 1988. On June 7th of that year, only months before communism collapsed, he took off as part of the three-man crew on Soyuz TM-5. They actually managed to dock to MIR and stayed in space for a total of 10 days. Aleksandrov had a room with a view up there.

Other than that, Bulgaria dealt with radiation monitoring experiments aboard the International Space Station and space greenhouses on MIR.

Is Bulgaria a space nation? Yes, if we consider the country’s contributions, but no, in the sense that Bulgaria does not have rockets or spacecraft of its own, and never did. Neither did or does Bulgaria have  state-owned satellites.

But the latest commercial satellite project is interesting. BulgariaSat-1 was shot into space in summer of 2017. The satellite’s owner is BulgariaSat, a division of Bulsatcom, the country’s largest cable-TV provider. BulgariaSat-1’s task is to deliver lots of TV channels in HD quality, and in living colour.

But there is more.

Forty years ago, on September 5, 1977, Voyager 1 was launched. One day, this probe might prove to be the most important one ever sent to space. Besides, there is a Bulgarian aspect to the Voyager 1 mission.

When the probe was launched, the Cold Ware was at its peak. The Iron Curtain kept people in and out at the same time. Deterrence was not just a big word, but a big fact too. Jimmy Carter was President of the United States of America, Elvis Presley died just days before Voyager 1 was launched, and Leonid Brezhnev was the new General Secretary of the Central Committee (CC) of the Communist Party of the Soviet Union (CPSU).

In Bulgaria, dictator Todor Zhivkov headed the communist regime, which was in bondage to the Soviet Union, spied out its own citizens and put them into notorious camps, if they were opposed to the leadership. In the Bulgaria of 1977, some were more equal than many others.

Fleetwood Mac’s “Go You Own Way” was a big hit, when Voyager 1 was launched. So was Baccara’s “Yes Sir, I Can Boogie”, even though they couldn’t. But NASA did boogie, big time, since the space race had been decided eight years earlier, when Apollo 11 landed on that sphere called Moon, some 380,000 kilometers from Earth.

Voyager 1 had a big mission. And it still does. The space probe flew by Jupiter, Saturn and Titan. It delivered countless stunning images. It studied magnetic fields, planet rings and the weather up there.

Only some six years ago, Voyager 1 was the first spacecraft ever to enter interstellar space. At this stage, the probe is located 139 Astronomical Units (AU) from the sun. Therefore, it is the farthest man-made object. And it contains a message for aliens.

While Voyager’s main mission is to provide data, which it still does now and then, it includes the Golden Record. The latter is that famous disc, which includes photos, graphs with scientific information about Earth, sounds recorded on Earth, spoken greetings and music.

Once and if the disc gets picked up by aliens, they will be able to enjoy the usual Bach, Beethoven and Mozart compositions, but also Mexican Mariachi music, Chuck Berry, Aborigine songs and Valya Balkanska. The Bulgarian star contributed the song “Излел Е Дельо Хайдутин”. It was sent to space, on that disc, when she was 35 years old. Today, the singer from the Rhodope Mountains is 75.

The beautiful song sung by Valya Balkanska (listen to Youtube video below) might actually sound somewhat like a Science Fiction tune to people not familiar with the Bulgarian or “Balkanese” culture. On Youtube, a user who calls himself “monkeyside” commented on it by writing this: “I surely hope that aliens can’t die of chills.” Other commentators said, they were proud of being Bulgarian and liked the song a lot.

So, which of all the compositions and songs included will likely be the number 1 hit in the alien world we do not know about yet? Probably the one by Valya Balkanska.

By the way: Voyager 2, another space probe which was launched 40 years ago as well, on August 20th, is carrying the same golden disc, with the same content. This pretty much doubles the chances for aliens finding a copy.