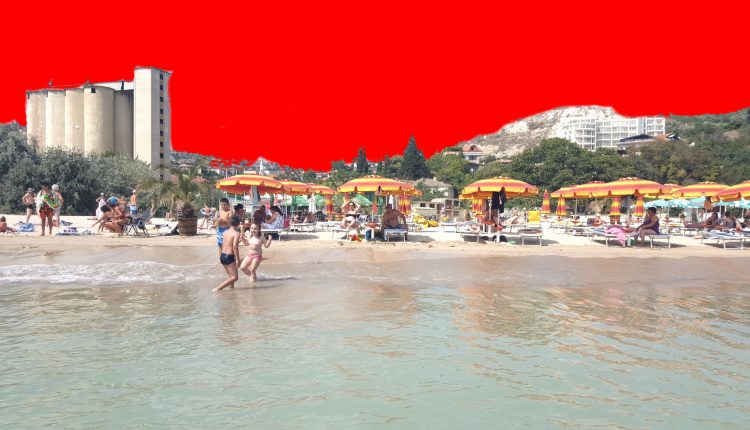 The State Department in Washington D.C. offers a very comprehensive list of travel advisories for every single country on the face on the Earth. Next to some countries, such as Burkina Faso, Sudan or even Russia and Turkey, it says “reconsider travel”.

But there are countries which are even less safe. Those are in the “do not travel” category. Afghanistan, Iran, Iraq, Libya, Mali,  Syria, Somalia, South Sudan and Yemen are part of that one. So is North Korea, in spite of the recent meeting between the dictator and the President.

Then there are countries in which Americans should “exercise increased caution”, and those in which “normal caution” does suffice. The good news is that Bulgaria is part of the latter, from the perspective of the experts at the State Department. Sounds good.

For more detailed information, the State Department’s website visitors are being forwarded to the Overseas Security Advisory Council (OSAC) page. This is where the dangers in Bulgaria are being described in detail.

Sofia is considered a “medium-threat location for crime directed at or affecting official U.S. government interests.” What they mean is terror. But the OSAC also concedes that Bulgaria is a “relatively stable country” with “few specific threats targeting American citizens.”

The “Bulgaria 2018 Crime & Safety Report” points out that there has been a slight decrease regarding registered crimes. The number of murders in Bulgaria had slumped by 21.6 percent, it says.

Apart from burglaries, pickpocketing and robberies the report warns American travelers of “some bars or nightclubs” controlled by organized crime groups. “There have been instances of visitors being charged exorbitant prices” amounting to “several hundred dollars”. Apparently, at the mafia places they are referring to, “the management may use force to secure payment.” They mean strip clubs.

Car theft, the infamous Bulgarian rip-off taxis and document fraud are other problem areas mentioned by the Department of State. It also warns companies “that plan to open offices” in Bulgaria to protect those, saying some bank vaults and private company offices had been broken into.

Then the report gets to the elephant in the room, which is official corruption. “A 2016 report from RAND Europe Institute estimated that every year the country loses between 14-22% of its GDP or US$7-$12 billion due to corruption”, the document reads. It also refers to the latest European Cooperation and Verification Mechanism report.

Smuggling, counterfeit currency and credit card fraud are additional areas the Bulgarian mafia is good at. All of this gets mentioned too. “According to U.S. law enforcement, Bulgarian criminals have a significant role in ATM and credit card skimming-related fraud throughout the world”, it says. “ATM skimming, computer hacking, and other electronic intrusions are a risk in Bulgaria. Europe’s southeastern region poses significant cyber threats to the U.S., Canada, and the rest of Europe.”

The State Department also gets into transportation, saying over-charging by taxi drivers, poor road conditions, and aggressive driving were “the most frequent road risks faced by Americans.” And not only them.

Also the Americans are mentioning those brainless drivers of expensive vehicles who believe they own the road: “Motorists should avoid confrontations with aggressive drivers. In particular, many drivers of late-model sedans speed and drive erratically. Violent altercations are not unheard of, some including the use of firearms.”

Yet another danger the State Department sees is anti-American sentiment spread by radical right-wing parties and groups: “Most active are the ultra-nationalists from the political party Ataka, the nationalists from the youth organization BNS, and followers of the Skinheads.” The report fails to mention that Ataka is part of Prime Minister Boiko Borissov’s government coalition.

Religious violence is a problem which seems to affect American missionaries in Bulgaria, such as the Mormons: It “tends to be focused on Muslims and Christian missionary groups. U.S. missionaries have been targets of harassment and assaults. They have been physically assaulted and threatened directly and indirectly. There have been cases of local assailants beating missionaries.”

In addition, the American government mentions racism and violence, the combination of which is dangerous indeed. “Ethnic violence tends to be focused on Roma or, to a lesser extent, the Turkish minority”, the report reads. A Nigerian tourist and two African Americans were assaulted last year “because of their skin color.”

The Foreign Office in London basically echoes most American warnings. And it provides very good advice for British tourists. In their report, the British mention “stun guns, torch stun guns and other weapons like knives, pepper spray and CS gas”, which can be bought in shops in and around Burgas and Sunny Beach.

“Many of these weapons are illegal in the UK and importing them could result in a prison sentence”, it says. Both British and German tourists have gotten into a lot of trouble while reentering their home countries with these kinds of weapons.

In the Foreign Office warning, stray dogs have their own paragraph. It says they were “common and dangerous.” Travellers (in this case with two “L”) are being told to “avoid getting too close to stray dogs, especially if they are in a pack” and to “take any animal bites seriously and seek immediate medical advice, as rabies and other animal borne diseases are present in Bulgaria.”

The German travel warnings for Bulgaria, authored by the Foreign Ministry in Berlin, are not very different, compared to the American and British ones. But the Berliners do mention another danger beach tourists are sometimes confronted with, namely currents in the Black Sea, which have led to fatal accidents.

There is one danger neither of the foreign ministries has identified or mentioned, which is gaining weight in all-inclusive hotels and elsewhere. Greenpeace might show up and throw overweight individuals, such as the author of these lines, into the Black Sea, since they mistake them for blue whales. There are no whales in the Black Sea, you say? Yes. So far.

Bulgaria in Space: Two Missions and a Song