Big Changes in the Center of Sofia 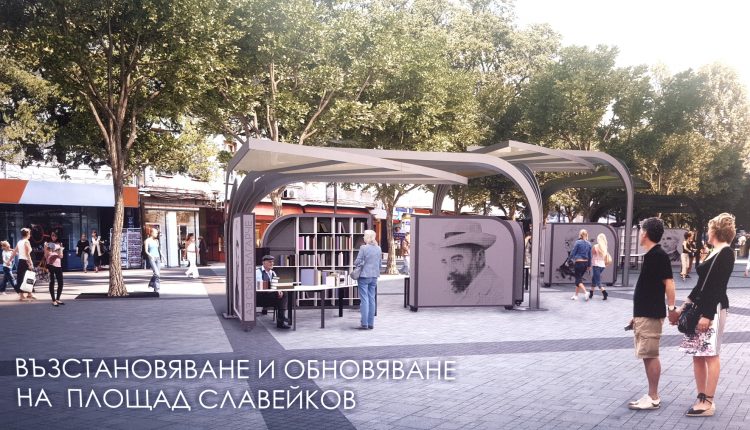 Sofia has been continuously inhabited for 9,000 years. No other European capital can claim anything of the kind. Not even close. This former settlement, which is now a city of 1.3 million inhabitants, has changed over and over again since 7,000 BC.

Now it is changing again. Sofia Municipality is in the process of refurbishing the area around the book market, and Slaveykov Square itself, in the very center of the city.

So, you live in Sofia and you will meet a friend this week, at the book market, since it is the best meeting point? No, you will not. That is because the book market is gone. It doesn’t exist.

Construction workers have already excavated the entire Slaveykov Square. Neither the old pavement is there, nor are the tram tracks. These days it is pretty hard to get to McDonald’s, the Institut Français (oui, je suis désolé), Vivacom or any facility located there.

It will take a while until the mess the city center is in now will vanish, in order to reveal the beauty of the new center. Stage 1 just commenced. They haven’t even started taking apart Ul. Graf Ignatiev yet, or the square in front of Sveti Sedmochislenitsi Church.

Right now, the pavement on Slaveykov Square and Garibaldi Square is being ripped open and removed. The huge concrete plates which covered most of the area were installed in communist Bulgaria, many decades ago.

Sure, all of this will take many months, at least until next year. The construction work will be loud, dusty and annoying. But those new squares and the new “Grafa” will look modern, smooth, sensational and sexy at the same time, once it is all done.

The city has plastered the construction fence with computer-generated pictures, which give us a glance of what we can expect. According to those, the entire area will be paved in two shades of grey (rather than 50, haha).

And those tram tracks will be integrated into the pavement. The likelihood of stumbling over damaged concrete plates or tram tracks while walking on “Grafa” will be decreased from 100 to 5 percent.

Regarding trees, the city has promised there will be more than today, rather than less.

Oh yes, this project costs money. Sofia Municipality will have to put huge stacks of Leva bills on the table. The amount is 87,299,467.32 Leva, the equivalent of 44,635,758.43 Euro. In this part of Europe, this is a huge amount. Luckily, a rather large chunk of it will be covered by nice friends in Brussels.

Ul. Solunska, the part which connects Vitosha Boulevard to Slaveykov Square, is being renovated as well. Two sections are closed. Pedestrians tall enough to be able to look over the construction fence will see that workers have placed cobble stone on one new lane for vehicles. Also it looks like pedestrians will have some more room on the southern side of the street.

Yes, in many parts, especially in the outskirts, Sofia is still full of potholes, muddy areas and other serious infrastructural issues. And yes, some of the repairs covered in the past 10 years have not lasted long, due to the use of low quality material, and for other reasons.

But at the same time the city has seen many improvements. They include the extension of the Ring Road around town, the refurbishment of many major intersections, such as “Ruski Pametnik”, and renovations of several important streets, including Boulevard Praga and Boulevard Dondukov. On top of all of this, the third metro line is being dug as we speak.

Yes, the renovations will get rid of some of the Eastern European charm many of us liked. But in order to see that kind of surrounding, a short bus or metro trip to the outskirts will suffice.