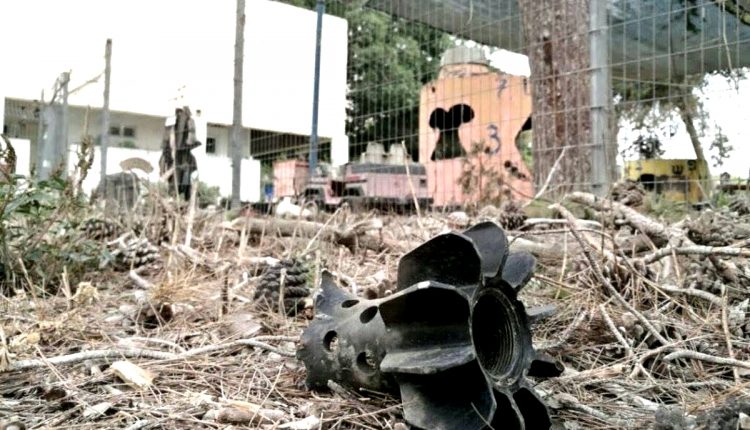 Jewish organizations in Europe have reacted to Hamas’ latest missile and mortar attacks on Israel, during which four Israelis, among them three soldiers, were wounded. A kindergarten in Israel was hit. Luckily, it was empty at the time.

The President of the Central Council of the Jews in Germany, Josef Schuster, said the “inhuman actions of Hamas and Islamic Djihad are intolerable.” The terrorists had demonstrated that they did not want peace with Israel. Their goal was to annihilate the country.

“Hamas is kidnapping its own people for its purposes”, Schuster stated. “Israel now has to take all necessary steps in order to protect its population.”

From the German government, Schuster demanded effective action against Hamas. Especially European and UN funds for Palestinian organizations needed to be reviewed.

In Bulgaria, Shalom, the organization of the Bulgarian Jews, said it was “solidary with Israel’s right to protect its citizens.”

“Let us not forget that tens of thousands of Jews of Bulgarian origin live in Israel, and are constantly subjected to attacks by extreme Islamist terrorist organisations”, Shalom’s statement read.

From Tuesday to Wednesday morning, 166 missile alarms had been triggered in Israel, due to the Palestinian attacks.

The Israeli Defense Forces (IDF) recated by bombing dozens of Hamas and Palestinian Islamic Jihad facilities all over the Gaza strip. They also destroyed a “dual use tunnel”, which was used to smuggle weapons into Gaza from Egypt and to infiltrate Israel, according to the authorities in Jerusalem.

Recently, Hamas had staged what it called a “peaceful demonstration” along the Israeli border, during which participants cut the border fence, vowed to “slaughter you Jews”, and sent burning kites into the country.

They also attacked the Kerem Shalom border crossing twice, even though (or because) it is being used to transport hundreds of tons of food and other aid into Gaza every day.

After yesterday’s attacks against Israel, which were the most violent ones since the last war Israel was pulled into in 2014, some European press publications repeated their old “spiral of violence” approach, which sounded as if they wanted to blame the latest events on Israel, at least partially.

Since Israel ended its occupation of the Gaza strip in 2005, the area became a terrorist haven, when Hamas took over. But the Palestinian Authority supports terror as well, e.g. by paying salaries to the families of terrorists who murder Israelis.

While Israel wants a two-state solution, even under this right-wing government, Hamas and other Palestinian organizations want to wipe Israel from the map. Apart from military and terror attacks, the Palestinian leadership launched an ongoing diplomatic and economic war against Israel years ago.

Some European left-wingers support Hamas, in spite of the fact that the organization exploits its own people, abuses even children and attacks Israel on a regular basis.