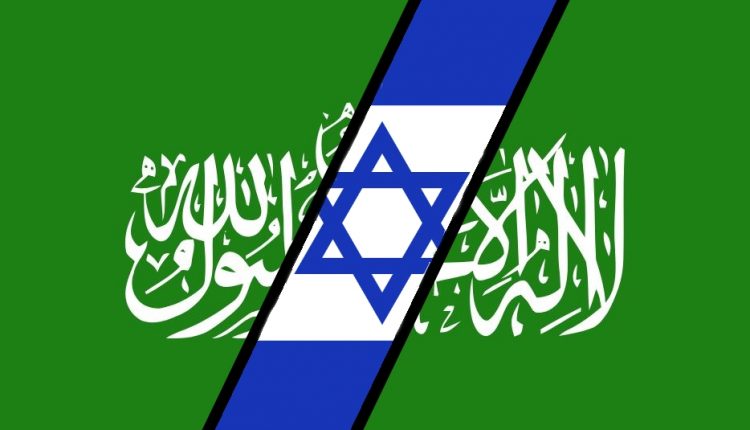 This is an opinion piece by Imanuel Marcus, the founder and editor-in-chief of Magazine79.

Real antisemites, such as Nazis and radical Islamists, who believe all Jews should be murdered, will not be convinced of the opposite. They will stick to their sinister, evil views, 73 years after fascism was defeated in Europe, and 70 years after the constant wars and terror attacks against Israel commenced.

But what about you, the European or North American left-winger or centrist who seems to be supporting Hamas by posting their propaganda on Facebook? What about you, the idealist who believes the BDS movement supports a good cause, by helping the oppressed against the “occupier”?

I have come across you in real life and on Facebook. And I was shocked about many of your posts.

Have you been wrong in your life? You have. We all have. In this case, you are the one who is wrong. I am not saying so with mischievousness, but with conviction. Your stance is based on lies. Of course you did not come up with those. The issue is that you believe and spread them.

If you just want to believe them, because you hate Jews and believe Israel should not exist in the first place, there is no cure. But if you believe Hamas’ propaganda for any other reason, you are misinformed. The lies spread by Hamas, Abbas, BDS and certain media got to you, and you fell for them. Unfortunately, you are not the only one.

Lie no. 1: “Hamas is staging a peaceful demonstration at the Israeli border.”

They are not. Hamas wants to erase Israel from the map, which is even part of their charter. And they want to “slaughter the Jews”. Selective perception does not help here. Find the actual facts and read them. Listen to what those Hamas “officials” actually say.

Also, look at the facts on the ground. Hamas is putting civilians in harms way yet again, including children, by making them join that so-called “peaceful protest”.

If “peaceful protest” is the right expression, why do Hamas militants cut the border fence? Why are they armed? “Jews, we are coming to slaughter you!” Why would they say anything like this, on video, if they had peaceful intentions?

Why would they attack the Kerem Shalom crossing several times? Thousands of tons of food and other goods for the people in Gaza are being delivered through that one checkpoint every day. (Yes, that’s right: The food is coming through Israel, rather than through Egypt.)

Lie no. 2: “Israel is murdering civilians.”

Wrong again. First of all, Israel has warned the inhabitants of Gaza not to take part in Hamas’ so-called “peaceful protest”, by dropping thousands of leaflets in Arabic, and in radio messages. At the border itself, the Israeli Armed Forces warn so-called protesters not to approach the fence, not to cut it, not to carry or use weapons and not to send burning kites into Israel.

Hamas members and other terrorists who continue to threaten the lives of Israelis, in spite of the warnings, will be stopped, by force if necessary. What else should Israel do? Just let them into the country and murder its citizens?

Yes, the deaths are terrible and should never have happened. At the same time, they are not really surprising, since this isn’t exactly the first time Hamas acts this way.

Hamas is responsible for the deaths of participants of these “protests”. Hamas is staging this because they want TV footage of dead “protesters”. They want you to use that footage for the anti-Israeli and antisemitic propaganda you are posting for them. This means you are helping terrorists who have one goal above all: Killing all Jews. Why would you support an organization of this kind?

Lie no. 3: “The Palestinians have the right to protest the occupation.”

No, they do not. Do you know why? Because there is no occupation. Israel left the Gaza strip in 2005. Two years later, Hamas took control and turned the area into a terrorist haven. Since, Hamas has attacked Israel with thousands of missiles and murdered Israelis, including entire families, in terror attacks. Why would you support an organization of this kind?

Where you are right: “The Palestinians are an oppressed people.”

Yes, they are. The Palestinian leaders do not care about their people. Instead of investing the billions of Euro your country gives them into kindergartens, schools and hospitals, they are building palaces and terror tunnels, and they are paying terrorists and their families for murdering Jews. They even admit it. Why would you support an organization which pays people to murder civilians?

Peace is the solution. Can we agree on that?

For peace many things will have to stop, including the terror coming from Gaza, the brainwashing, the missile attacks. Hamas, Abbas and their friends will have to recognize Israel, sit down at the negotiating table and learn one thing: Israel is here to stay.

A Palestinian state can only be founded next to Israel, not on top of it. It could have been done 70 years ago, 50 years ago, or 18 years ago (Camp David), but the Palestinians and their “helpers” always said no, because none of the peace plans included “wiping out Israel”.

So far, you are supporting murderers who do not want peace. Why would you do so? I’m sure it’s a mistake. But it can be corrected. You can change your point of view.

Read about the facts. In order to do so, you need to move away from pro-terrorist propaganda spread by Hamas, BDS, or most media produced in the Middle East. But be careful: Unfortunately, some Western media seem to hate Israel too.

By the way: Why would anyone hate the only Jewish state in the world, a tiny country in the Middle East? Maybe because it exists. There is a word for this kind of phenomenon.