Vilian Stefanov: Taking the Journey of a Lifetime

The Bulgarian adventurer is about to embark on a trip around the world. 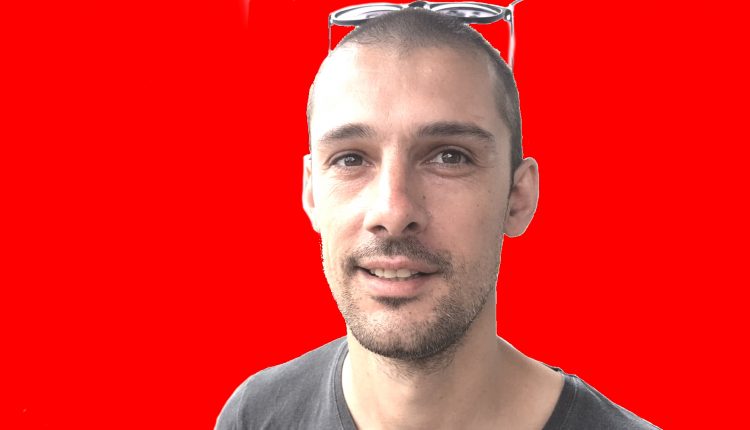 Vilian Stefanov is a Bulgarian Microsoft Engineer. He knows about servers and Windows. But he is also an adventurer, an aspect far more important to him than redundant hard drives or bugs in operating systems.

On June 16th, 2018, he will embark on the journey of his life, which will take him five years. Vilian Stefanov will visit 62 countries. And he will move by cycling, walking or by train and bus only. In order to cross oceans, he will need to board ships, since planes are a taboo on this trip.

Just a few weeks before leaving Sofia, Stefanov, who is also a great photographer, lost his camera, phone and other items in a river, while taking a trip in his canoe. But issues of this kind will not stop him. Actually, he expects more of those during the big trip.

Magazine79: During your first big hiking and canoe trip, from southern Bulgaria all the way to the north, what kind of animals did you meet?

Vilian Stefanov: There were mostly foxes, eagles and river birds. I did not meet dangerous animals, such as bears or snakes, and didn’t even take any antidote with me, since those need to be kept cold. It was very hot, back then, and a freezer bag would have been too heavy to carry.

Magazine79: You live in a wonderful country, as you know. If anyone knows every single spot in Bulgaria, it is you. Is there a favorite spot?

Vilian Stefanov: There are many. After losing my camera, my phone and everything else in the Tundzha river the other day, I continued on for another day, in order to see more. I did find very beautiful, abandoned places there.

Magazine79: Your second big trip, from Kalotina to Varna, was a rather big adventure too. You walked those 680 kilometers on train tracks. During that endeavor, there was a moment when you were close to giving up. What happened there?

Vilian Stefanov: About two or three days before the end of that trip, I injured my ankle. Therefore walking was very difficult. I was in pain. So I continued to the next train station, where I wanted to rest a little bit, clear my mind and decide what to do. A train came, and I was close to jumping on it, which would have meant giving up. But there was a woman at that station, who was selling flowers. She told me about having lost her father in the war. Somehow her words inspired me. She gave me hope. So I continued.

Magazine79: Are your parents adventurers or mountain climbers? I mean, are those adventures in your genes?

Valian Stefanov: Not at all. My parents don’t even like climbing. I’m the black sheep in the family (laughing). Actually my uncle likes to hike.

Magazine79: The next trip is huge. I mean, there is no comparison. You intend to travel for five years. On June 16th, you will embark on that crazy journey from Sofia. Where will you head, and how?

Vilian Stefanov: I will start the trip by cycling south-east, towards the Turkish border. I will have to cover some 300 kilometers to Svilengrad first. Maybe I will even take the train, in order to buy some time. In Turkey, I will continue by bike, along the southern Black Sea coast. Georgia is next, then Azerbaijan, Armenia, Iran, Pakistan, India, Nepal, Tibet, China, and then maybe Australia.

Magazine79: What parts of America will you hit?

Vilian Stefanov: Well, I will be in South and Central America, travelling north, to Mexico.

Magazine79: There are dangers in certain countries, including in Mexico, where two European cyclists were just murdered in the state of Chiapas. How do you intend to deal with dangers?

Vilian Stefanov: I am going to improvise. I don’t know those countries, I have never been there. The entire trip will be improvised. Of course I read the travel warnings on the Bulgarian Foreign Ministry website, also because I need many visas. I will be travelling through 62 countries and I will not be able to enter about 30 of those without visa. Of course I try to keep informed about dangers.

Magazine79: Travelling costs money, especially for those who want to visit dozens of countries over a period of five years. You do not have a sponsor. How will you manage? How will you feed yourself?

Vilian Stefanov: I do have some money, but it will never be enough for a journey of this kind. So, I believe I will be working on the road, for accommodations and food. I do have a job now, which I will quit within two weeks. This job may be a good one, but I just did it for the salary they pay me. My journey will be very different.

Magazine79: Five years is a long time. Will you see your family and friends in between? Do they intend to visit you, maybe in China or South America?

Vilian Stefanov: Some of my friends will visit me in Georgia at the beginning of August. We will look at some places there. But later on, when I am far away, it will be difficult to meet my Bulgarian friends.

Magazine79: How do you prepare for a trip of this kind? What about a camera, batteries, a bike, medication, vaccinations and all of that?

Vilian Stefanov: Since I lost my camera in that river, I will get a new one, probably a good compact camera, because of the weight. I will have several batteries for devices, which I will probably load in restaurants or at the places of friends I make along the way. These days, I will buy a good mountain bike and an international phone card. Regarding vaccinations: I already got the four most important ones. One more is pending. Some countries would not even let me in without certain vaccinations. What medication is concerned, I might take some tablets along, but not too many, in order to make sure I don’t get into trouble at borders.

Magazine79: Five years. This means you will be back in Sofia in 2023. After travelling for such a long time, you will suddenly be stationary again. Will you be able to adapt? Or will you want to leave again, after two weeks?

Vilian Stefanov: After this journey, I will probably change my life completely. To be honest: I am not even sure I will return to Bulgaria for good, because I might find a beautiful place somewhere in the world, and move there.

Magazine79: Maybe you will fall in love with a kind girl on the way. But it’s hard to plan love, isn’t it?

Vilian Stefanov: Many people have said so. Well, there is a plan and I will follow through on it. Yes, who knows? I might meet my girl and return to her after coming to Sofia at the end of the trip.

Sofia Synagogue: The past 110 Years