A little excursion into a world of incompetence, ignorance and annoyance 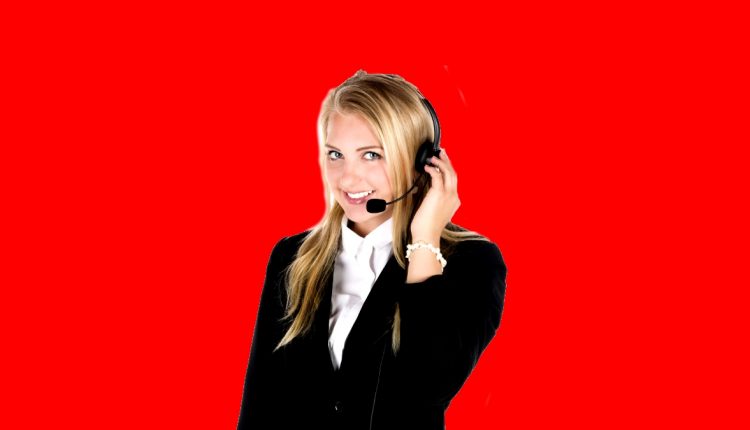 This used to be a blog entry. Written in early spring of 2016, it was clicked more than 20,000 times. It is a classic by now. Have things changed? The author doubts it.

The Bulgarian capital Sofia is the most important outsourcing location in Europe. That is because salaries are chronically low. Even cheaper locations in the Far East, such as India, are not able to offer services in all languages required for European or e.g. South American customers.

A monthly salary amounting to 1,600 Leva, the equivalent of approximately 800 Euro, is considered high in Bulgaria, the poorest country in the European Union. While energy costs and living expenses in general are close to those in Western Europe, the modest salaries for tens of thousands of customer support agents, SEO and IT experts do not even grow along with the inflation.

But it is easy to exploit a work force in a country in which pensioners receive 200 Euro a month, if they are lucky, in which nurses, doing night shifts all week long, do not earn much more than that either. Even though the pay is scandalously low, many call center agents become members of the small middle class in this country on the Balkans. Without the call centers, there would hardly be something like a Bulgarian middle class.

Quite a few Western Europeans, who ended up in Sofia, mostly due to relationships or marriages with Bulgarians, enter call centers as agents. In these cases, their income depends on their negotiation skills and the languages they speak, but it will seldomly exceed 1,200 Euro, including bonuses for native language speakers.

Apart from the exploitation, hidden behind the wide-spread poverty in Bulgaria, the treatment of employees is scandalous as well, in many cases. An estimated half of all supervisors and team leaders would make “excellent” prison guards, since they are good at bullying team members, rather than treating employees properly. Of course, the latter would actually benefit their companies.

Dimitar (name changed) was only 19 years old, when he started his career at one of Bulgaria’s largest employers, the Sofia division of a global IT company. About a decade later, this gifted, young gentleman became a high-ranking manager. He is now responsible for several departments with hundreds of employees. As a customer support agent, Dimitar proved to be technically very knowledgeable. As a teamleader and supervisor, he demonstrated excellent inter-personal and organisational skills. All of this has led to a stunning career, which is far from over. Within a few years, Dimitar might be one of the highest-ranking managers in his company.

So, what is the problem then? In Dimitar’s case, there is absolutely none. He is hopefully the future. Under his direct watch, nobody will be bullied by superiors or become the victim of similar nuisances. But the general issue is that Dimitar is an exception in a world of incompetence, ignorance and annoyance.

At Dimitar’s company, new hires were trained in a bad, unprofessional way just a few years ago. Training, which was supposed to done in English, since it was for foreigners as well, was provided in Bulgarian half the time. Technical questions, asked by new hires, were officially encouraged, but treated as unwelcome interruptions of the workflow, depending on which of the available specialists was asked. These issues at the Sofia division of an American company, would definitely not be accepted at the same company’s headquarters in the U.S., but this is Bulgaria, a country with a questionable working culture, to say the least.

In early 2011, a young lady from the city of Blagoevgrad was promoted to a team leader position at an Indian-owned call center. Whether she was beaten as a child is unknown, but something in her life must have gone very wrong. That is because her approach to most of her team members consisted of giving them the feeling they were inferior and dumb, while she was the majesty, who was solely responsible for all successes the team came up with.

She would shout at people she did not like or whose sympathy was not regarded existential for her career development. With a lot of mean ideas, she worked on excluding employees, trying to teach them their own native language, while her language skills were below average, in spite of her philology studies in that language. The latter aspect was the reason for embarrassing e-mails, with tons of mistakes, being sent out to customers as well as the client this team worked for.

Only after a huge scandal was raised, her majesty was finally fired in 2012, which was another exception. In most cases, companies in the call center world would promote mean, bullying employees, rather than warning them or letting them go.

At the same facility, a support agent got very ill. Since his girlfriend had just left him with all the funds he possessed, some colleagues thought it would be a good idea to start a collection for him, because he needed expensive medical devices. The person who had come up with the idea of that collection, which had been approved by a kind HR lady, was approached by the ill colleague’s team leader. He suggested, the guy who wanted to help “should pay for the medical stuff out of his own pocket” and “stop creating a mess”. Threats were vocalised. In the end, the collection did not happen.

In 2013, the Bulgarian division of a multi-national human resources company was running a project for a global tech company. The project was managed by a young, smart and tolerant gentleman, who had inhaled inter-personal and management skills during extended stays in the United States and who was basically a kind human being. In 2014, he was suddenly replaced by a lady, who grew up in Bulgaria’s Socialist times and who obviously felt the urge to give back the raisins of her early work experience.

The day she arrived, she got stuck on the muddy parking lot with her high heels. That sight already suggested trouble ahead. Whoever expected problems, would not be disappointed. Systematically, the new project manager would bully anyone she did not like in this very international team. She would complain about employees from abroad in Bulgarian. People who were not eager to give in to her bullshit would be given tasks which could not be successful, and then fired. At the same time, she would protect team members who were friends with the regional manager of the company which employed her. If there had been a competition for screwing up the work atmosphere, favoritism and degrading those who were not impressed by her tantrums and aggression, she would have won the first prize. Her terrible language skills did not turn out to be an advantage either.

At yet another call center in Sofia, which specializes in support for professionals in a certain field on three continents, things are pretty similar: The treatment is scandalous, while the training provided to new hires is simply useless, which is another chronic symptom of the Bulgarian working culture at call centers. At this company, wrongdoings by obedient career seekers are being ignored, while those who report them, since they were taught to do so, are being made responsible.

Here, like at so many other work places of this kind, the management supports bullying supervisors, who would unnerve young new hires until they sweat, shiver and even cry. The higher the heels and the thicker the makeup, the worse it usually gets, but this is not limited to women. A compliance manager was either not willing or simply incapable of changing things. A minority of supervisors here was opposed to the kind of treatment provided by colleagues, but afraid of attempting to change things, since they would have gotten in trouble from above as well. Training sessions on rather complex software programs lasted 20 minutes. Those who were supposed to provide support on those programs, were basically unable to do so on their own. When they asked questions, they were bullied. As a result of those practices, this call center recently lost entire language teams to a competitor, while the management was wondering why.

The Bulgarian working culture, at the many call centers and elsewhere, has quite a few problems, reaching from exploitation to bullying and an alarming lack of interpersonal, training and other skills. There are exceptions. But, generally, accepting offers in this world of arrogance, malice and old-school approaches is not recommended to those who find alternatives. Dealing with bullying supervisors and not being intimidated by their crap might not be easy for many 20-year-olds, who just left their universities. Those who accept their daily portion of bullying, might keep their jobs, but they will feel bad every morning, while approaching their workplace. Those who show the slightest opposition to the meanness, will be bullied even more, until they go.

The reason for the kind of treatment might partially be found in the past. People who were bullied at their workplace in socialist Bulgaria might think of it as a normal approach and pass it on to their employees decades later. That way, they become role models to younger supervisors, who will behave that way as well. But the issue is also caused by incompetence, arrogance and meanness.

On social media, many agreed with most of the content of this blog. Others suggested, the author should “stop whining”, and “return to his home country”. One lady wrote, educated people would not mention issues, but rather look for another job. But ignoring the problems mentioned here is actually part of the problem.

So, where does the unacceptable treatment of decent people in Bulgarian call centers come from? I don’t have the slightest clue, apart from some possible reasons mentioned above. But I’m glad I got out of this shit.