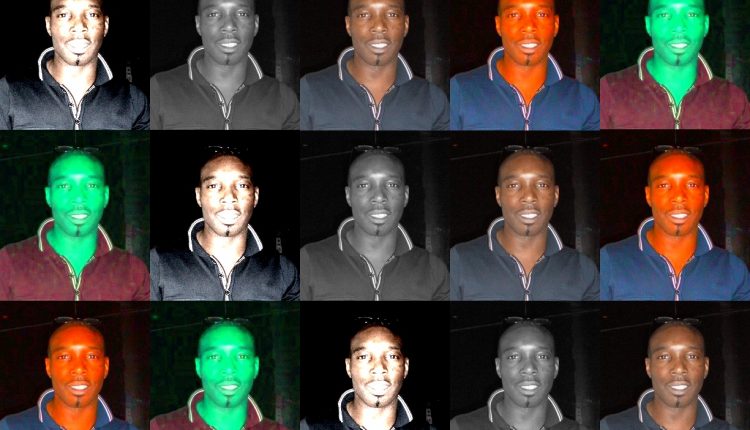 Real Music in the form of sophisticated Funk and Soul, including Rare Grooves, have vanished from the radio decades ago. But there are exceptions. One of them is the “Afrodisiac Soul Movement” hosted by Paul Reuben, on New Style Radio in Birmingham (United Kingdom).

He started purchasing vinyl decades ago. With some 6,000 of them, and a ton of CDs, Paul Reuben is one of the few radio DJs who deliver quality sounds every single week. Classic Soul, 70s-Funk, Acid Jazz, Jazz-Funk: He picks out the raisins and plays them.

Magazine79: On your show, you play rare grooves, brilliant 1970-s Funk, and well-arranged Soul tunes. Is there still an audience for these kinds of quality sounds?

Paul Reuben: Let me be honest and say that even if there wasn’t a “ready” audience for the music I play – I would still play it. I am a child of the 1970s and 1980s and still see some of those people around my age walking around. So one would hope someone might have an interest in what is the “soundtrack of their memories”. Also a lot of the music I play can be heard in the samples or melodies of songs of today and this indicates to me that the work of those artists from the 70s and 80s are still valid, still hold weight and will still appeal, if given a chance, even to younger listeners.

Magazine79: What kind of reactions are you getting from people? Do they thank you for bringing back Real Music?

Paul Reuben: If someone said to me: “Thanks for bringing back real music” i might cringe a little. I always get a good reaction from people on social media and text. This has been the case since starting on the community and pirate radio in 1993. and even before that, when I played it in clubs. In truth you would expect a positive reaction from people who are in-sync with the songs played on the show and even if you look at it objectively, the music featured on the show is made by artists who know their craft. These are entirely personal choices that say something about how I want the music to sound, and the feeling I want the listeners to experience. At the moment this is about the late 1970s and early 1980s sounds, and this has been the motivation since coming back on the radio in 2011.

Magazine79: Today, in 2018, is there still something like Black radio and White radio? If yes: Why?

Paul Reuben: I don’t think I have listened music on radio in a consistent way since the early 2000s when the Red Hot Chilli Peppers were doing nice work, In the 70s and 80s, there was a more obvious “divide” but that allowed more artists, in whatever genre, to be heard and thus improve the chances of good music being made. So we would have room to hear Steely Dan and Stevie Wonder, Carole King and Bob Marley and a myriad of different sounds that weren’t all great, but at least you heard them. Its clear that the Hip-Hop, R’n’B and Electronic Dance Music that appears to be dominating today makes the Black or White radio separation a bit redundant. Personally I think for the most part the music today is dreadful and if I do listen radio for any length of time it would be news or talk-based radio.

Magazine79: Who are your listeners? Are they rare groove specialists? Do they like anything funky? Do they know every single band or artist, and the song lyrics too?

Paul Reuben: Who can say who is listening to the show? One of the simple pleasures of doing a radio show is the thought of someone just tuning into the show by mistake and staying with it. I think many music lovers have had that experience and that’s how this “unseen” connection with listener and broadcaster is made. I don’t expect the listeners to be Rare Groove specialists and know every song and lyrics, but I expect that the listeners have lives to live and other interests, as I do too, so my aim is never to play for connoisseurs only. I want to play the soundtrack of their memories that, even if they don’t know the song, they can identify with. So what is really happening is that every Saturday, the people who regularly tune in are getting used to that Afrodisiac Soul sound. And you know bad habits are heard to break.

Magazine79: If you had a time machine, which music year would you visit, and why?

Paul Reuben: One year? Maybe 1981. I think many artists, even from the 1970s, were still making great music then, their album covers looked great, the sound was classy and jazz-fused, in some cases, and the clothes looked great. Anyone looking at my Facebook page and the images on there will soon understand. It’s nostalgia. It was rough back then but with time everything takes on a rosy glow.

Magazine79: What is “the right side of Disco” you mentioned on your show?

Paul Reuben: My show is full of mantras, deliberately repeated every week. That is one of them. To say Disco isn’t a cool thing in the inner cities of 2018. It wasn’t cool when I was in my teens. So I say it nevertheless. The “Right Side of Disco” is Earl Young, Norman Harris and Ronnie Baker, it is that Philadelphia International and MFSB sound. The “right side of Disco” is the early Mtume, Norman Connors, and Aquarian Dream, The Bee Gees and Cerrone. The idea behind that phrase is summed up in Dexter Wansel’s “I’ll Never Forget (My Favourite Disco)”.

Magazine79: In the past four years, a lot of Real Music masters have died, including George Duke and Maurice White. What do they mean to you?

Paul Reuben: Artists like George Duke and Maurice White have left a musical legacy of real value. There’s no doubt. And I have done musical tributes for them over the years. I always wonder what would have happened if that artist had worked with those artists and what magic they might have produced. I am aware of how much music means to people and how it brings joy and comfort to people in a deep and personal and spiritual way and it is sad when anyone passes, but death isn’t a mystery. There is a lot more that I wish for people than leaving great records for me to play.

Magazine79: Another brilliant artist who passed away two years ago is Louis Johnson. Who is your bass hero?

Paul Reuben: Yes the Brothers Johnson had that “sound” that I like to play on the show. My bass hero would probably be Jaco Pastorius of Weather Report fame. When I was first buying Jazz and Funk and Soul, I bought the Weather Report LP with “Birdland” because it was part of the soundtrack of my memories and Jaco’s work on that was fantastic. He sadly passed away.

Magazine79: Which is the one album you would choose for a long stay on a desert island, and why?

Magazine79: The good news is that we don’t have to be in Birmingham to listen to your “Afrodisiac” show. When will you back?

Paul Reuben’s funky “Afrodisiac Soul Movement” shows can be checked out at on his Mixcloud page, or live at Birmingham’s New Style Radio.

Bulgaria: The Other Side of Sofia