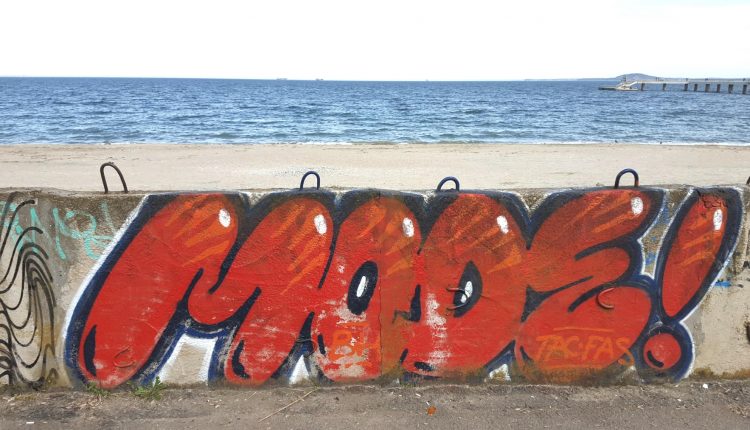 From the center of the capital Sofia, three hours of driving straight ahead will take tourists, or anyone, to Burgas, the fourth largest city in Bulgaria. It has 211,000 inhabitants at this stage, and it is important in many ways.

First of all, Burgas is the center of the Bulgarian fishing industry, and it harbors the largest harbor in the country. But the latter does not mean much, at least not compared to the port of Felixstowe in England, the one in Bremerhaven or other huge ports in Europe.

But, apart from fishing boats, a freighter lands here once in a while. Even cruise ships full of Russians show up. They can turn the center of Burgas, which usually is rather quiet in April, into a busy tourist destination within minutes.

When some 3,000 tourists come ashore for a few hours, businesses in the city’s pedestrian zone quintuple their income in no time. This includes cafés, pizzerias, t-shirt shops and all kinds of other stores.

Tourists coming from Sofia will notice a very important difference: The air in Burgas is actually breathable.

But locals in Burgas do complain about the air. Sometimes the wind blows pollution coming from the huge Lukoil refinery, located in the outskirts of Burgas, or from other industrial complexes, right into the city. But the constant sea breeze usually cleans it up quite fast.

The main tourist attraction in Burgas is the huge park located right at the Black Sea. Sea + garden = Sea Garden. This is where hundreds of babies, toddlers and bigger kids spend their afternoons with their parents or grandparents. The trees keep everyone cool in summer, which starts rather early down here.

Cultural events take place at the Sea Garden as well. Contests for children, Jazz concerts and exhibitions are just a few examples. But the playgounds are great too.

Then there is the pretty long beach itself. Burgas is not exactly known for the cleanest sea water ever. But taking a dip in the Black Sea is possible. The further away from the beach, the less the sea water will stink.

Even on a day in early April, Burgas beach feels good. Walking in the sand barefoot is priceless, especially when it is the first time since August.

Burgas is also a tourist hub in more than one way. Spending the night here in order to get an early start in the hills of Strandzha makes a lot of sense. From here, the drive to Malko Turnovo at the Bulgarian-Turkish border takes only an hour.

Then there is Burgas Airport. Especially during the summer season, it is important. Starting in June, countless aircraft bring tourists all the time, while picking up those who already had their share of sunburn, salty skin, sand and booze.

From Burgas Airport, buses take everyone to the resorts in the region, including Slanchev Briag, also known as “Sunny Beach” or “Sonnenstrand” in German, Sozopol, Pomorie, Dyiuni or Kiten. The tourists come from all over the place, including Britain and Germany.

Even more Romanian and Greek tourists hit Bulgarian beaches every single year, but they usually come by bus or car.

One single event brought death and misery to Burgas. On July 18th, 2012, five Israeli tourists and one Bulgarian bus driver were murdered by Hisbollah terrorists at Burgas Airport. Their bomb destroyed the bus the victims were sitting in. Thirty-two Israelis were injured.

On a peaceful April day in 2018, border guards are busy purchasing ingredients for dinners in the Strandzha region, at one of the four Lidl supermarkets in Burgas. Two ladies from Latvia are looking into renting a car in order to explore the region.

And a group of four is ready to join twelve more hiking enthusiasts in Strandzha, a region which supposedly offers the most beautiful scenery in all of Bulgaria.