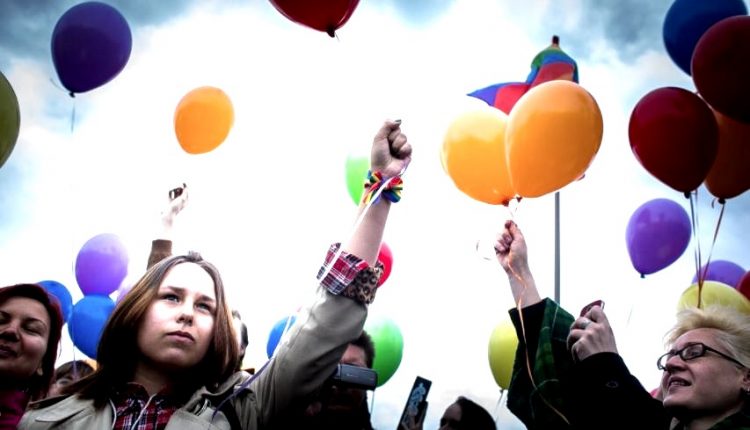 Sofia is not San Francisco, Rome or Berlin. Lesbian or gay couples will not kiss, hold hands or embrace in the streets of the Bulgarian capital. They will not do so in clubs either. Many younger members of the LGBTI community, who still live with their parents, will not even show their love at home, for good reasons.

There are cases of young gays, lesbians or other LGBTI people who were expelled from their homes, by their parents. Others were sent to doctors to “get fixed”.

In Bulgaria, not even neighbors should know about the sexual orientation. “If your neighbor finds out you are gay, living next door, you are very likely to have problems”, says Krassimir Kanev, the founder and Director of the Bulgarian Helsinki Committee (BHC), an NGO specialized in supporting minorities.

“In terms of meeting the needs of the LGBTI people, and in terms of protecting them against discrimination, there are serious problems”. There hate crimes in Bulgaria, including violence against members of the LGBT community. But the laws of the country do not include hate crime at all.

“These are the issues that have to be addressed. But they haven’t”, Kanev states. He and his colleagues at the BHC have spent years and limitless efforts on identifying hate speech, suing those who are responsible, lobbying for support and appropriate laws, and fighting discrimination.

The results of all those efforts are negligible so far, because the wall of hatred against this minority is big. It might take generations to get to the state Western European countries are in, in this regard.

For now it looks like not even Bulgaria’s E.U. Council Presidency will make the government support the LGBT community. Since January, far more European correspondents have traveled to Bulgaria than ever before. But E.U. meetings and potholes are all they reported about. This means there is no additional pressure on politicians.

Due to all of the hatred and discrimination it faced, Bulgaria’s LGBTI community had to help itself. The first ever Sofia Pride Parade took place in 2008, when Bulgaria was already part of the European Union. Only 150 participants showed up, while skinheads and other haters tried to attack them. At least the police prevented a further escalation.

By 2012, more than 2,000 participants were counted. Since then, the numbers have grown further, and they probably will again when this year’s Sofia Pride Parade takes place on June 9th.

Within Bulgaria, political support is almost non-existent. The Greens, a tiny party, declared support some years ago. So did one single socialist Sofia City Council member, in 2011.

Prime Minister Boiko Borissov avoids the subject LGBTI as much as possible. Last year, he pointedly went on a sightseeing tour at construction sites for the capital’s third metro line, on the day of the Sofia Pride Parade. And he took Sofia’s Mayor Yordanka Fandakova with him.

When he was asked about the LGBTI community on a Bulgarian television show in June of 2017, he could not escape. According to the Parade organizers he said gays and lesbians should neither have a parade, nor was the LGBT community subject to persecution in Bulgaria. Hours later, Borissov got an angry letter from the organizers, who disputed the absence of persecution.

To the government in Sofia, the LGBTI community is invisible. It can not be seen from metro tunnels, from the Council of Ministers building, or with closed eyes. Borissov’s government coalition includes the United Patriots, a merger of radical right parties, which do not tend to support lesbians or gays either. It’s the exact opposite.

At least the ambassadors of numerous Western European countries, Israel and the United States actively show support whenever the Sofia Pride Parade is on.

But Bulgaria’s LGBT community will not give in. There are NGOs and at least one foundation which do support its cause. Those include the BHC, Bilitis, the youth organization Deystvie and the Glas Foundation. “Glas” is the Bulgarian word for voice. Some of them have now joined forces in order to set up the Rainbow Hub, an LGBT community center.

The Rainbow Hub will provide support help to those who need it. A press release spread via the Bulgarian LGBT publication “Huge” said the center’s purpose was “to provide a secure space for all LGBTI people in Bulgaria.” Visitors will receive information about their rights.

Health advice, access to interest groups and the opportunity to make new contacts will be offered at the Rainbow Hub too. The Sofia Pride Parade office is located there as well. The opening of the new LGBTI center, at 24 Lyuben Karavelov Street in Sofia, is scheduled to take place this month. It will happen after the Orthodox-Christan Easter holiday, the Glas Foundation’s Director Simeon Vassilev told Magazine79.

“The center will not only house all our current activities, but will aim to become the long-desired community spot for the local LGBTI people”, Vassilev says. “This has been a dream of all participating organizations, since we started.”

“We are going to run a fund-raising campaign in the coming days. The funding for the rent is secured, but not for furniture. So we are relying on donations.” Simeon Vassilev is one of those who have put a lot of effort into the new project.

In the meantime, the pressure on Bulgaria, a country which is a sorry sight when it comes to the treatment of some minorities, is mounting. A pending court case is one of the reasons. A Bulgarian lady, who married her wife in Britain, wants that marriage recognized in Sofia. Since that request was denied, she sued Sofia Municipality.

In an interview with this publication, he spelled out the problem this case creates for Bulgaria: “It is against the European law. The European Court of Human Rights has ruled that although the member states are not obliged to recognize marriage, they have to recognize some form of partnership.”

“And in Bulgaria we don’t have any. So, most likely this case will go to the European Court of Human Rights, if this case ends in nothing, which is very likely.”

What this means is that this court case might become a precedent, which has the potential to change things, at least a little. Kanev knows that “this is a serious issue. We are helping the lawyers and the couple.”