Krassimir Kanev: No Improvement for Minorities in Bulgaria 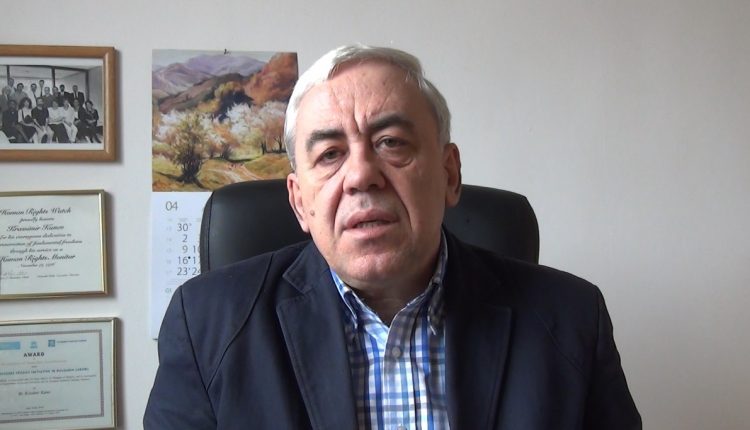 Krassimir Kanev co-founded the Bulgarian Helsinki Committee (BHC), one of the most important NGOs in the country, 26 years ago, when he was 33 years old.

In 1992, Bulgaria was confronted with many problems it had inherited from the communist times, which had just ended. There were tensions between communities, democratic institutions were being set up.

Kanev, who studied philosophy and human rights, both in Bulgaria and the United States of America, still heads the BHC. He and his colleagues have come a long way

The restoration of the Turkish minority’s rights was high on the agenda, during the BHC’s first years. So were new anti-discrimination laws. This NGO participated in the adoption of some of them.

By today, 26 years later, the problems have shifted. The discrimination against certain minorities is still a big issue. In this regard, hardly any progress was registered.

In an interview with Magazine79 (see video for full interview), he expressed disappointment about the fact that there are “not many (Bulgarians) who would show solidarity with the most vulnerable minorities”.

They are the Bulgarian Roma, the Bulgarian Muslims and the refugees. “These three groups feel threatened, under this government”, Kanev told this publication, which included “a political party famous for the incitement of hatred and discrimination.”

In the interview, Kanev talked about the situation of Bulgaria’s main minorities, including the LGBT community, which is still not getting any support from the government or from lawmakers in Sofia.

The BHC is supporting a lady in an ongoing court case. She is suing Sofia Municipality since she wants her marriage with another woman recognized, something the authorities are refusing to do.

This case could become a precedent with far-reaching implications. Bulgaria is one of the few E.U. countries which does not recognize same-sex marriages or registered partnerships for homosexual couples.

Generally, members of the Bulgarian LGBT community are in danger. According to Krassimir Kanev, there are hate crimes. “These are issues that have to be addressed”, Kanev says.

“But they have not been addressed, and the LGBT people continue to be subjects to such forms of discrimination and violence.”

“There has been a deterioration in many respects”, regarding the situation of the Bulgarian Roma as well. “For example it is much less acceptable now to publicly express Roma culture and Roma identity than before”, Kanev states.

“The situation with the mother tongue education at public schools deteriorated” too. Krassimir Kanev even says Bulgarian authorities take revenge on citizens of Romani origin, for incidents they might not be responsible for in the first place.

In January, Bulgaria took over the E.U. Council Presidency, which led to a lot of reporting on Bulgaria in international publications. Even so, the Presidency has not changed the sorry sight Bulgaria is when it comes to human rights.

The full interview with Krassimir Kanev can be seen and heard in the video included in this post.

Death in Bulgaria: A Widow Fights For Truth