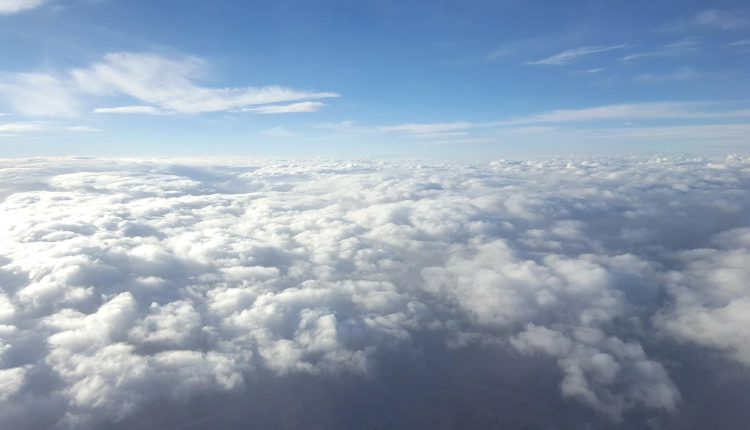 Yes, the world has gotten so small. Vienna, Frankfurt, Paris and Rome are just around the corner, for those who are willing to get up at 02:45 a.m.. There is a lot of beauty in getting up five minutes after you fell asleep. Even if the traveler slept three hours, he or she will feel like his or her battery was sucked empty.

The taxi driver looks even worse than the face which appeared in the mirror minutes earlier. Driving through Sofia nights for 12 years under the influence of Balkanese coffee and Marlboros definitely leaves traces, such as deep furrows in people’s faces.

Luckily, the ground personnel at Sofia Airport did not bring any mirrors to their early shifts either. The entire terminal is full of Zombies at 4:35 a.m., people who just seem to refuse to sleep.

One single person in the entire airport looks fresh, alert and determined: the guy at the security checkpoint. He is the one who orders all potential terrorists, meaning everyone, to take off their shoes which they had just put on. All belts, including those which are barely taming big bellies, need to be placed on the conveyor belt. At least that determined officer loves his job.

To anyone who hardly slept, before entering a metal tube in order to race through the air close to the speed of sound, an appropriate breakfast is an excellent choice. It might be the one thing which will contribute to a feeling of normality, at 4:52 a.m., in a crowded building with dry air and glaring fluorescent light.

One gentleman, whose destination of choice is Warsaw this morning, choses Corona as his breakfast drink, a Mexican import, which real Mexican machos call “lady’s beer”. The traveler pours that beer into his throat as if it was orange juice.

The choice of the author of these lines is not much better. It is an object with the appearance of a sandwich, which tastes like cardboard with mayonnaise, along with a can of Coca Cola from the bar right next to Gate 6, in Terminal 1.

It is great to have a “Priority” stamp on the boarding pass. One of those will give the traveler the benefit of entering the bus to the aircraft first, but he or she will stand in that vehicle for 35 minutes while inhaling Diesel and Kerosene fumes.

Oh, this is a message to the “uniformed crew member”, formerly known as stewardess, who said taking photos on board the aircraft was forbidden and the pictures already taken had to be “deleted immediately”: Try Coca Cola. The sugar tsunami it gives you triggers a sense of pleasure. The latter will benefit everyone in that flying metal tube.

Borissov at Sofia Synagogue: “Saviors should be role models to our generation”