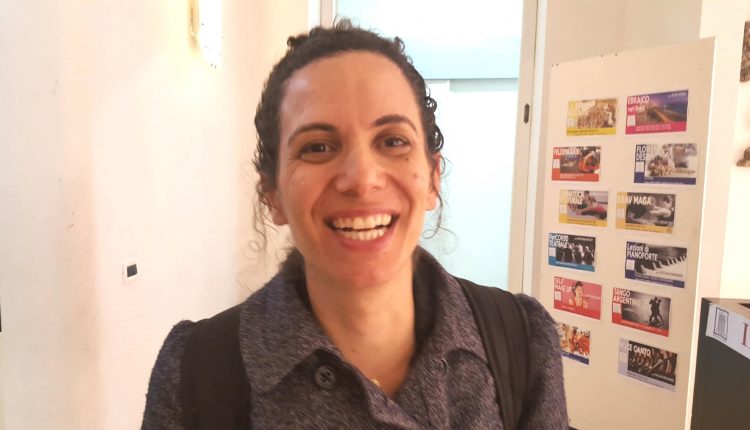 In the first gathering of its kind, communications experts and journalists came together in Italy, in order to exchange strategies and experience related to writing and distributing news and stories. “First European Jewish Media and Communications Encounter” was the title of the conference.

The Jewish Pitigliani Community Center in Rome’s Trastevere quarter was guarded by Carabinieri with machine guns, as the 48 participants talked and learned about social media and good stories. To the very international bunch, getting to know their colleagues from many European countries and Israel was just as important as the content of the conference sessions.

Inbar Amir (seen on the main photo), a communications and performance expert from Tel Aviv, was responsible for several presentations, during which she worked on the question why tales need to be told. With the participants, she discussed the power of the story, and ways to turn a story into a good one.

Mickol Lopez, a former Facebook employee and social media adviser from Rome, did an excellent job too, while debating the right way to make use of Facebook. With her knowledge and Italian charm, she mesmerized the conference.

Two communications people, both originally from Argentina, Mariano Schlimovich and Mario Izcovich, moderated the conference. Their approach was energetic and humorous. While Izcovich also orated about new trends in Jewish organizations of the 21st century, the two compatriots held a session about Newsletters together.

Several participants presented their views on communication strategies too. Fabien Azoulay, a communications person for one of the many Jewish organizations in France, said he was very satisfied with the conference. “I will definitely utilize what I learned”, he said.

At the Rome conference, Magazine79’s Imanuel Marcus was scheduled to talk about his thoughts on “News for Jews” and “Jewish News for All”. Also, he intended to present the book “Bulgarian Jews: Living History”, which he co-wrote. It was released two days ago.