The Bulgarian “Righteous Among the Nations”

"You may kill me, but let me give a drop of water to these poor people.” 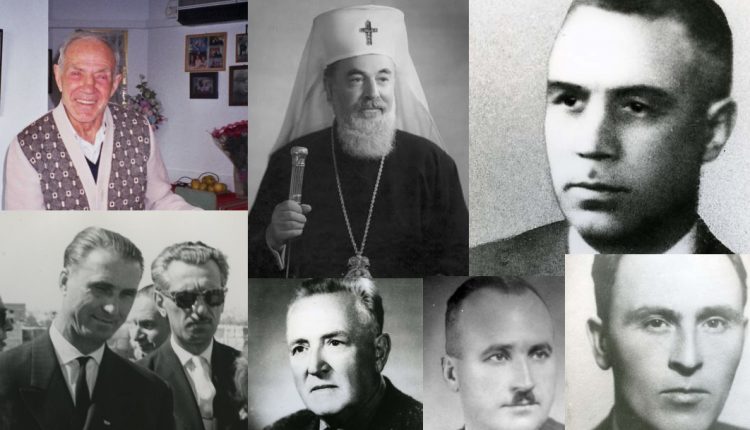 Twenty Bulgarians are part of the Righteous Among the Nations list at Yad Vashem, the Israeli memorial of the victims of the Holocaust. They helped Jews during the Holocaust, by taking big risks.

None of the courageous people on the Righteous list got there by coincidence. In every single case, a commission of historians, other experts and Holocaust survivors does research and finally decides whether to recognize a particular person.

Konstantin Markov is one of the twenty Bulgarians who contributed a lot to the salvation of the Jews from Bulgaria proper, exactly 75 years ago. The late Christian Orthodox priest is better known under his religious name Metropolitan Kiril.

According to Yad Vaskem’s account, Kiril “especially stood out in his favorable and warm attitude towards Jews. On March 10th, 1943, when he learned of the arrest of the Plovdiv’s Jews, he immediately took steps to have them released.”

The late actress Anna Georgieva is part of the list too. She lived in Skopje, where her husband was district commander of the police. She hid an entire Jewish family and made sure they got to Albania safely, saving them from deportation and murder, by risking her own life.

Vera Ichkova from Sofia hid and fed Yaakov Levi, a Jewish businessman from Sofia, and his son. She also got them false papers. Stanka Stoicheva from Targovishte is on the Righteous Among the Nations list too. She hid Jews in her home.

“You may kill me, but let me give a drop
of water to these poor people.”

Nadezhda Vassileva from the Bulgarian town of Vratsa worked in Lom in March of 1943, when Jews from Thrace were rounded up and deported. She was shocked when she saw how these Jews were locked in train carriages for three days, without water.

Vassileva brought them water and food. When Bulgarian gendarmes ordered her to stop, she answered: “You may kill me, but let me give a drop of water to these poor people.”

Spiro Denkov, another non-Jewish Bulgarian who was recognized as Righteous Among the Nations, helped Jews by supplying basic goods, and by organizing illegal transfers.

The late Vassili Ivanov did everything to save his Jewish wife and children, as well as orphans. Pavel Gerdzhikov, a doctor in Sofia, saved Jews by hiding and accommodating them. He provided food and forged documents.

Dimitar Peshev, one of the most famous Bulgarians recognized for his role, was Vice Chairman of the National Assembly. When he heard about the order to deport Jews to Nazi Germany’s death camps, he used his influence to have the order postponed and then cancelled.

Mladen Ivanov lived in the Jewish quarter of Sofia in 1943. They called him “the defender of the ghetto”, since he prevented attacks on Jews, he gave them shelter and prepared forged documents for them. At one point, Ivanov was arrested for providing a forged ID card to a Jewish woman.

These and more courageous Bulgarians became part of the Righteous Among the Nations (the entire list can be found here) by risking their freedom, their health and their lives while protecting and saving Jews, in and around 1943.

The events of 1943, but also the entire history of the Bulgarian Jews, are part of the book “Bulgarian Jews: Living History”, which will be released by Shalom on March 10th, 2018. It will be available at Shalom in Sofia, at Sofia Synagogue and at Amazon Europe.

“Zhenski Bazaar”: The Main Market in the Heart of Sofia