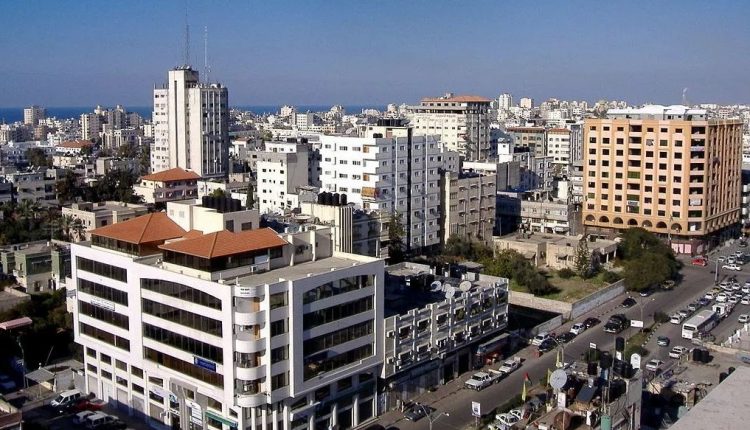 It is no secret that a large portion of foreign aid money sent to the Palestinian Authority (PA) is not being spent to help the jobless or the poor, it is not being invested into schools, hospitals or the infrastructure, but for paying murderers.

The World Jewish Congress (WJC) just released some numbers. According to the organization, the amount paid to prisoners and the families of “martyrs” killed, while engaged in terror, has seen a significant increase in 2017.

This means that at least 289 million Euro will be spent on supporting murderers and terrorism. And this does not include the money spent on naming streets and squares after terrorists, or the funds for shows on Palestinian TV in which children are being taught to “kill Jews”. The amount mentioned is about half the foreign aid received by the PA.

In spite of this aspect, especially European governments keep on sending millions to the PA.

The abuse of aid money is also wide-spread among Palestinian NGOs. NGO Monitor, an organization which is an NGO itself, and which monitors other NGOs, sort of an “NGO NGO”, just released a report entitled “European Funding for ‘Cultural resistance'”, the result of which is alarming too.

According to NGO Monitor, the European Union budgeted 400,000 Euro, in 2017 alone, for what it calls “support to Euro-Palestinian cultural activities”. But “detailed research and analysis of this funding reveal that many of the supported organizations utilize cultural activities to indoctrinate children and youth, promoting rejectionist and violent agendas”, the organization says.

The official objective of the E.U. is to support inter-cultural dialogue as a way to “contribute to addressing major global challenges, such as conflict prevention and resolution and countering violent extremism”. But what the Union actually supports is pretty much the exact opposite.

Almost five years ago, the European Commission developed a “strategic approach to culture in the E.U.’s external relations,” launching a Preparatory Action in 2013 consisting of “an extensive mapping and consultation process” covering 54 countries.

The outcome, related to the Palestinian territories: “The EU must not lose sight of the fact that European activities in Palestine [in the culture and art domains] take place in a context that is not entirely in line with European values such as peace building, gender equality, democracy and human rights.”

NGO Monitor’s new report lists examples of NGOs which do not use the funds provided to them for the latter, but more of the opposite. One example is the The Palestinian Performing Arts Network (PPAN), a platform of 11 NGOs, which received considerable funds from Europe.

This organization claims to “contribute towards the development of a democratic and pluralistic society that respects human rights and enhances Palestinian national identity.” But instead, it published statements condemning “the Academy Awards for giving a platform for the Israeli government”.

PPAN also called for “a cultural and academic boycott of Israel” and refused to participate in the Med Culture regional conference that took place in Morocco, due to the participation of an Israeli delegation. For the organization, its participation would be “a clear violation of the Boycott, Divestment and Sanctions (BDS) Campaign”, according to NGO Monitor.

In 2015, PPAN called the latest wave of terror against Israelis a “political uprising” and declared in a statement that “the occupying Israeli military and armed Israeli settlers have deliberately killed and targeted innocent children and youth, burned farming lands, homes, mosques and churches”, none of which is true.

What actually PPAN does is spreading terror propaganda and antisemitism of the worst kind.

Several other examples provided by NGO Monitor point towards a huge problem. NGOs claiming to fund cultural activities and working for peace are actually pro-terror organizations, some of which are even being chaired by notorious terrorists from the “Al-Aqsa Martyrs Brigade” and other groups of this kind.

One of the many pro-terror groups funded by the E.U. is the “Edward Said National Conservatory of Music”, which says it was “teaching and promoting music to all Palestinians wherever they are within the framework of strengthening the cultural and national identity.”

As it turns out, its Deputy General Director for Programs and Concerts, Mohammad Maragha, believes that “Fascism = Zionism,” and that the only way for a Palestinian state is through violence: “Let the weapon be tomorrow”, whatever that is supposed to mean. But it does not exactly sound like “strengthening” any “cultural identity”.

The entire NGO Monitor report can be accessed here.

“Zhenski Bazaar”: The Main Market in the Heart of Sofia