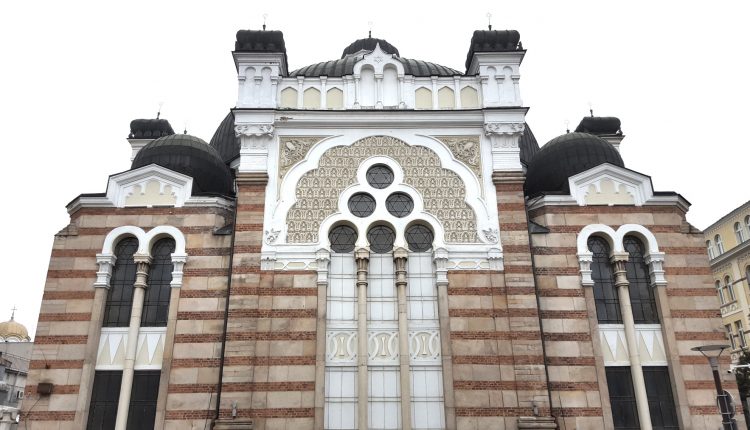 The 75th anniversary of the events in 1943 is only days away. The Bulgarian government, the President’s office and Shalom, the organization of the Bulgarian Jews, are in full swing, working on last minute preparations for several commemorations and additional events.

Many guests, including a delegation from Israel, which mainly includes Jews of Bulgarian origin, are expected in Sofia for the main commemorations.

Also, a Bulgarian government delegation, which will probably include both Prime Minister Boiko Borissov and Foreign Minister Ekaterina Zaharieva, will travel to Macedonia on March 11th, 2018, in order to commemorate the 11,343 Jews from there, from Thrace and the town of Pirot, who were deported to Nazi death camps and murdered there. This is the first time Bulgarian government officials will take part in a commemoration of this kind in Macedonia.

At Shalom’s headquarters in Sofia, Tsvetina Kaneva, was working non-stop on Friday. So were several of her colleagues. The word busy was not nearly strong enough for a description of the situation there, which has been going on for weeks.

The events themselves needed to be organized, some of them in cooperation with the government. And the many guests need to accommodated. A trip they are taking to Plovdiv had to be planned too.

It will all commence on March 7th at 18:00 hrs.. The Bulgarian Medical Association will be honored for its role in the salvation of the Jews in Bulgaria at the National Academy of Music “Prof. Pancho Vladigerov”. The name giver, Vladigerov, one of the greatest Bulgarian composers, was a saved Bulgarian Jew himself.

On March 8th, members of the Israeli delegation and Shalom will meet Patriarch Neofit, head of the Bulgarian Christian Orthodox Church. Here, Kiril and Stefan will be honored, the late priests who stood up for their Jewish compatriots in 1943 and played a major role in their salvation.

That same day, the guests from Israel will meet Foreign Minister Ekaterina Zacharieva. The Minister will likely want to hear about the Bulgarian Jewish community in Israel, most members of which are descendants of the 48,000 Jews who left Bulgaria between 1948 and 1951. And she is expected to talk to them about history and today’s Bulgaria.

A dinner with Irit Lillian, the Ambassador of the State of Israel to the Republic of Bulgaria, at Shalom’s HQ is the last official event on that day.

But in the morning of March 9th, wreaths and flowers will be laid down in front of the Thanksgiving Memorial monument behind the National Assembly building. Both President Rumen Radev and Sofia’s Mayor Yordanka Fandakova will be part of this event.

In the the National Assembly building, a book about the courageous Bulgarians who helped saving the country’s Jews, in Bulgarian, will be presented.

On March 9th in the early afternoon, the delegation from Israel will meet President Radev. This official meeting will be followed by a dinner at Shalom.

There is even more. On March 10th in the morning, a Shabbath prayer service is scheduled at Sofia Synagogue. At 19:00 hrs., the presentation of Shalom’s book “Bulgarian Jews: Living History”, will follow another service, at the same synagogue.

On March 11th, the Israeli delegation will travel to Plovdiv. A meeting with Mayor Ivan Totev is part of the schedule. The participants will also lay down wreaths at the graves of the priests Kiril and Stefan.

That same day, the government delegation mentioned will travel to Skopje.

The English version of the book “Bulgarian Jews: Living History” will be available at Shalom, Sofia Synagogue and at Amazon Europe from March 10th, 2018. A Bulgarian version will follow within weeks.