Bulgaria: The Capital of Sofia All in White 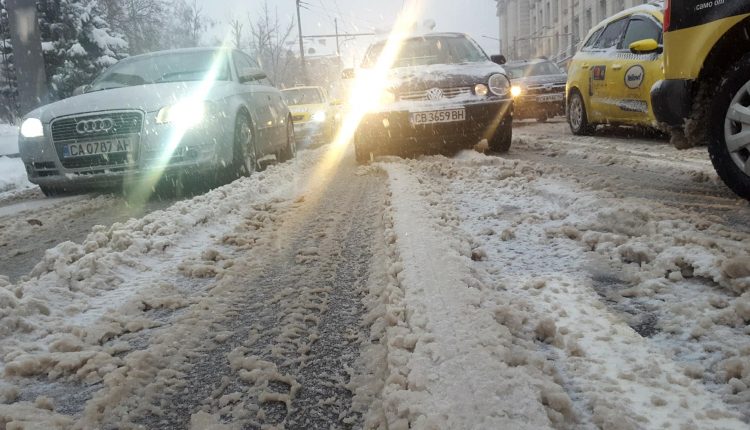 Sofia drowned in the snow last night. When the residents of the Bulgarian capital looked out the window this morning, their sleepy eyes caught a glimpse of a fresh and impressive layer.

The heavy snowfall, which is expected to continue all day long, did have an impact on traffic and movement in general. Just before 8:00 a.m., traffic at the intersection of Boulevard Vassil Levski and Boulevard Czar Osvoboditel was quite heavy already.

A car slid into two teenagers, a boy and a girl, on the zebra crossing in front of the National Library. The students fell, but got up and continued walking, as if nothing had happened.

The rest of the traffic, including countless trolley buses, fought its way through what was a pretty difficult situation.

Sofia’s Mayor Yordanka Fandakova released a statement early in the morning, saying 182 snowploughs had been getting rid of snow from streets all night long, and were continuing to do so.

Indeed, those ploughs were all over the place. On the big boulevards, three of them would show up in convoys, on a regular basis. Many smaller streets, on the other hand, had not been cleaned early in the morning.

Around the National Assembly building and Aleksandar Nevski Cathedral, the street was even more slippery, thanks to the famous yellow bricks the surface in that area is plastered with.

At 8 a.m., Mayor Fandakova said all public transport lines were up and running. But Sofia Municipality decided to close access to the Vitosha mountain range, because of the excessive snowfall and the danger of avalanches.

While vendors on the streets already sold Martenichki, little pieces of red and white wool which Bulgarians give each other on March 1st, when spring is supposedly just around the corner, it was safe to say that Sofia sank into a pretty big mess this morning, but one which was nice to look at.