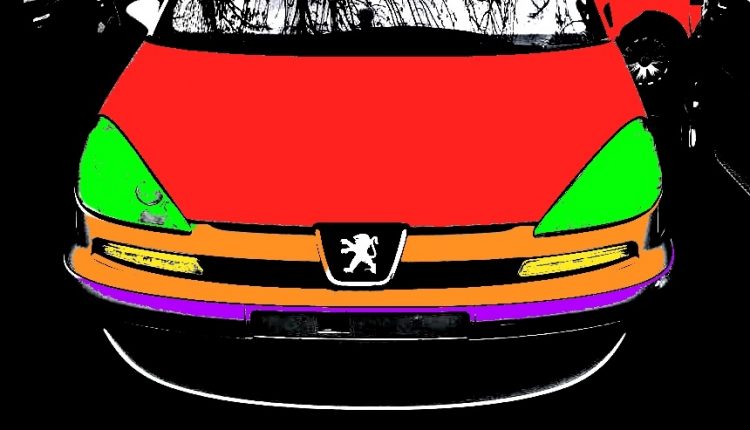 O.k., getting a shiny new Cayenne at the Porsche dealership close to Sofia Airport was not an option, due to a lack of these kinds of funds. Also there are lots of arguments for driving a used car in this city. O.k., two arguments:

1. Nobody will steal an old piece of junk on four wheels.

2. Those potholes will not damage any expensive, new vehicle. At least not mine.

So, after coming to the conclusion that buying a car in my European home country, which produces lots of pretty good cars, including those with a star on the hood, would be too time-consuming and expensive, I spent days on mobile.bg.

My budget was 4,000 to 6,000 Leva. When I noticed that absolutely all vehicles in that price range supposedly had 160,000 kilometers, I could have been surprised. But I wasn’t, because I already knew I was going to be cheated to some extent. So what?

I wanted a Diesel engine and a lot of room for four kids and one a girlfriend, a few bags and myself. So I went to the Gorublene quarter, in order to inspect an elegant looking Renault Laguna station wagon with 160,000 km. It looked really nice, but it was too small. Also a friend had told me to stay away from old Lagunas. So I did.

The next dealership offered a Saab 9.3 station wagon with a 1.9 liter Diesel engine, and, yes, with 160,000 kilometers. That ignorant salesman did not feel like making room around that vehicle or giving me the key. Maybe he did not want to sell the junk in his yard at all. Besides, this Saab looked run-down anyway. To hell with it.

A few meters down the road, I found a Renault Espace with a 3.0 liter Diesel engine and an automatic transmission. Guess how much it had been driven. Yes, 160,000 km, supposedly. Well, this one could have consumed quite a lot of Diesel. Also, one row of seats was missing.

In pretty good German, the sales guy told me not to worry and showed me a seat he had extracted from a different vehicle, which looked like it had been stored outside since 1974. I did not like those bird droppings too much either, which were splattered all over that bloody seat. No thanks.

At this point, I swore to myself that I would never return to Gorublene, but I did anyway. The next day, in fact.

This time, it was a Peugeot 807 Diesel, which had caught my eye online. On the pictures, it had looked like new. Not bad, considering it had 160,000 kilometers on its belt. Now that I was standing in front of it, it looked run-down, as if it had returned from a journey around the world five minutes ago, or from the damned Cannonball Run.

In the end, it was a dealership in the Ovcha Kupel quarter. They had a 2003 Volvo V70 2.4 Turbodiesel, with 160,000 kilometers. It was actually the very first car I had looked at online. Well, I got cheated regarding the kilometers and some other aspects. But I had known in advance. And I’m still happy with it today.

Dealerships will usually get you a “friend” at KAT, the registration place. For about 50 to 100 Leva, he will help you to go through all the bureaucratic steps up there. Also, he will be able to jump long waiting lines without getting into trouble. Yes, a “friend” is worth his price.

What do you need in order to register a car? A Bulgarian I.D. for foreigners (lichna karta). And a “friend” at KAT. The mission will cost you about 500 Leva, including the taxes, the insurance (minimum coverage for old car) and the “friend’s” services.

Since the KAT employees love their lunch break, even when many customers are waiting, it might take some time. The minimal insurance in Bulgaria is rather inexpensive. I pay around 70 Leva every three months.