Bulgarian Jazz Masters: Among the Best in Europe 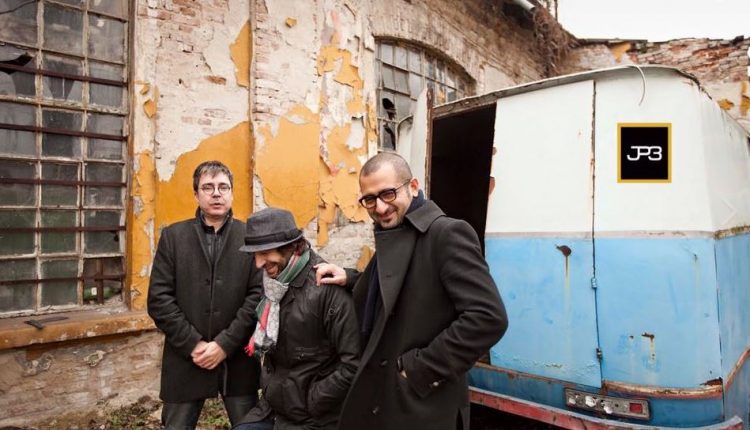 There is a lot of talent in Bulgaria, in many ways. Excellent music academies and ingenuity are responsible for the fact that the scene, consisting of Bulgarian Jazz musicians and artists who play related music genres, comes up with truly brilliant sounds.

They compose, interpret and perform Ethno Jazz and Ethno Fusion pieces, but also Straight Ahead Jazz, Jazz-Funk as well as Soulful Pop music. Wow, we have opened many drawers here, but, all in all, they stand for “Real Music”, meaning hand-made, high quality music, made in Bulgaria.

One of the most gifted musicians, with a range covering anything from Classical Music via Jazz to Funk is the composer, producer and pianist Jivko Petrov. He would play Rachmaninoff’s “Prelude in G Minor”, making it look like this was as easy as playing “Itsy Bitsy Spider” with one finger, but also his own Contemporary Jazz compositions with his group “J.P. 3”. Or he would provide the most funky sounds ever, in live gigs with vocalists.

Calling Jivko Petrov a Jazz musician would not do him justice. He is a musician. Period. A little more than a decade ago, he was so active that he could have met himself, on one of the nation’s stages. One night, he would “do some Antonio Carlos Jobim” at “Swinging Hall” in Sofia. The next day, he was on a large stage, as the musical director and pianist for vocalist Beloslava. Another 24 hours later, he performed with his trio “J.P. 3”, along with the drummer Dimitar Semov and the bass hero Vesselin Vesselinov, at Sofia’s Military Club. Whatever he does, Jivko will deliver brilliance.

Angel Zaberski Jr. is another genius composer, arranger and pianist, whose approach is somewhat different. When his father, Angel Zaberski Sr., a genius musician himself, gave him an Oscar Peterson album decades ago, this was a defining moment for the junior, who was also influenced by the likes of Herbie Hancock. He founded Jazz trios. From there, he moved to octets and from there to full-blown big bands. Not only did he compose and arrange fascinating Swing and Contemporary Jazz pieces for his own big bands, but also for the Bulgarian National Radio Big Band.

The Brass Association Big Band, which Zaberski runs, is one of the most fascinating music groups in the country, along with their original material, delivered by the master himself. Switching to a different role, such as the soloist, and sitting behind the concert grand for the Bulgarian Symphonic Orchestra, does not constitute any problem for Angel Zaberski Jr., yet another Bulgarian genius.

Milcho Leviev is the master of masters. The composer and pianist has not only influenced music a lot in his home country Bulgaria, but also in the United States, where he lived for decades, after fleeing communist Bulgaria. He is on hit records such as “Breakin’ Away” by the late Al Jarreau and three Billy Cobham albums, recorded in the late 1970-s, for which he also contributed his own compositions. But Leviev, a Bulgarian Jew who will turn 80 in December, also played and toured with Don Ellis, Art Pepper, Roy Haynes and Dave Holland.

He graduated the State Academy of Music as early as 1960, after which he worked for the Theater of Plovdiv as a composer. Soon, he would find himself being the conductor of the Bulgarian National Radio Big Band, as well as conductor and soloist for the Plovdiv Philharmonic. As a Classical music and Jazz genius, he was awarded many prizes, founded and led many legendary groups, hit countless festival stages and fascinated hundreds of thousands of fans. At age 79, he still does Master Classes at Sofia’s New Bulgarian University, but he is taking it more slowly, spending quality time in Thessaloniki, with his wife, the vocalist Vicky Almazidu.

This article could go on forver. But let’s look at one more Bulgarian “icon” by the name of Theodosii Spassov. The genius will turn 56 within days and took up the Kaval in his early years. It is a wooden shepherd’s flute from the Balkans region and one of the oldest instruments on the European continent. At the Academy of Music and Dance in Plovdiv, he studied it. A few years later, Spassov had already developed his own style of playing the Kaval. His range of genres is comparable to that of the gentlemen mentioned above, with one difference: On top of Classical music, Jazz and Fusion, Theodosii Spassov was and still is very active playing Bulgarian Folklore as well.

Spassov has toured the world with his own groups, he recorded movie themes with Ennio Morricone, he played with Winton Marsalis and other fellow Jazz greats, and he was part of the Grammy Award-winning session the Sofia Women’s Radio Choir delivered in 1994, the “Le Mystère Des Voix Bulgares” project. Even “Newsweek” wrote about Theodosii Spassov in an article entitled “Best of the East”: “Spassov is not merely surviving the post-communist cultural wasteland. He has actually invented a new musical genre.” An accurate statement.

Sofia Synagogue: The Place To Be