“Jerusalem Park”: An Israeli Gift to the Children of Sofia 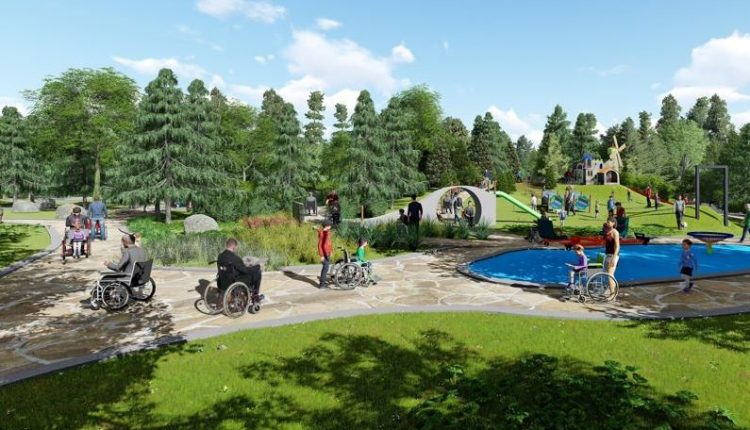 There were times when playgrounds in Sofia, and all of Bulgaria, consisted of rusty metal frames and mostly broken slides and swings. About 10 to 15 years ago, there were hardly any playgrounds which deserved to be called that way.

By now, things have changed. Even in some of the Bulgarian capital’s smaller parks, there are modern playgrounds, with safe rubber surfaces and games for kids of all ages.

In Sofia’s Borissova Gradina, a great playground for smaller children was opened one to two years ago. It is probably the most beautiful and interesting one in the entire city. But more of that is to come.

“Jerusalem Park” will be built in South Park, a playground and garden accessible to all children, including those with special needs.

Some of the games the Israeli ambassador to Bulgaria, Irit Lillian, and her colleagues intend to include are appropriate for children in wheelchairs, but also children who might not see well or who are blind, those who are deaf, and those with other challenges.

“Some of the games will be more accessible, and some less,” Ambassador Lillian said. “The important thing is to create a public sphere in which children, all of them with their own special needs, can play with each other.”

One thing is certain: This inclusive playground and garden will be one of a kind in Sofia.

“Jerusalem Park” will have three centres. “The Harp of David” part will motivate children to produce sounds and music. In the next, “The Wisdom of Solomon”, some thinking will be required. That part will contain a map of the world, magnets and games with which children can even learn.

The third section will be the adventure area, with slides, swings and tunnels. Some of those will be accessible for children with special needs.

The Seven Gates of Jerusalem will be the entrances. And lions will be there, as hosts. The municipal emblem of Jerusalem contains a lion. So does the coat of arms of Bulgaria.

Irit Lillian told The Sofia Globe that a small fence surrounding the playground would contain symbolically designed architectural elements from Jerusalem, including some of all three major religions: Christianity, Islam and Judaism.

“Jerusalem Park” will be a wonderful gift to the children of Sofia, and one with several ceremonial occasions:

“There are great occasions to give something back to Bulgaria,” Ambassador Lillian said. “A garden like ‘Jerusalem Park’ is a wonderful way of showing the special relations between Bulgaria and Israel.”

At this stage, the Israeli Embassy is still in the fundraising phase. So far, 100 000 euro have been raised. But that amount needs to be doubled, at least. Irit Lillian is optimistic. The construction is supposed to start in summer.

Shalom, the organisation of the Jews in Bulgaria, is supporting the project. So is the architect Yitzhak Lippovitzki, since he planned the garden on a voluntary basis. The same applies to the Bulgarian company Walltopia. Besides, the Israeli Embassy cancelled its usual National Day reception. The freed-up funds were moved into the “Jerusalem Park” budget.

What security is concerned, the embassy is counting on Sofia Municipality. They will receive a nice, huge present. In return they might want to make their surveillance system work, especially at night.

Found in Sofia: The Best Cheesecake on the Balkan Peninsula