Funky Bulgaria: How the Fascination of Funk Came to this Balkan Country 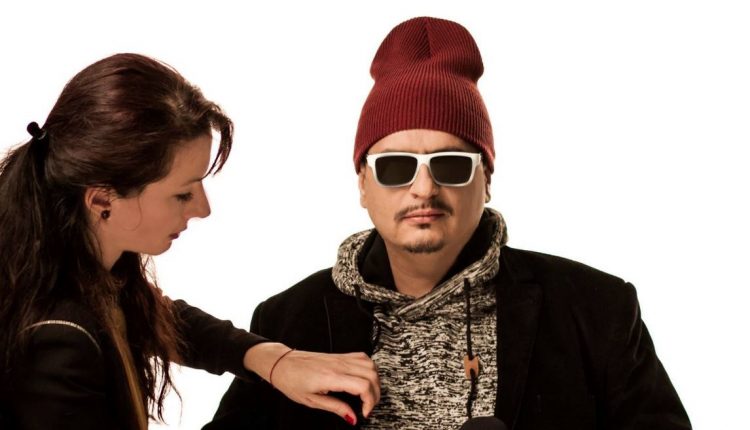 A Jazz festival in the small town of Bankya, located in the outskirts of Sofia, took place in 2003. Good bands performed. Then, later that evening, a sensation happened: A 9-piece group from Sofia hit the stage and played the most sophisticated Jazz-Funk.

Some of their tunes had Bulgarian titles, such as “Bez Ime” (“Without Name”), others, like “Get a Funky Manga”, were more international. The band’s name was Akaga, the front man, singer and bassist was Krassi Kurtev. They raised the roof that night, even though there was none at this open air event. And they did bring the Funk to Bulgaria.

Akaga had been founded some 11 years earlier, in 1992, which was a difficult phase in Bulgaria. After the fall of communism, the mafia became rich, while the rest of the country was in a struggle for survival. Young students from Sofia’s Music Academy came together as Akaga, a band which would deliver quality music, involving up to five horns, a great rhythm section and definitely a lot of energy.

They brought the Funk to Bulgarian stages, but also to cruise ships in the North Sea. Many years later, when they did “Jazz is the Teacher, Funk is the Preacher” by James Blood Ulmer in 2009, this time as a septet, they still killed it. That rhythm guitar, Krassi’s bass and those horns were priceless. Akaga toured extensively. They even did the Montreux Jazz Festival once, in the late 1990-s, and they made it to Moscow.

The Funk in Bulgaria goes back even further than that. Starting in 1987, a Sofia-based guitarist and vocalist by the name of Kiril Peltekov Stamely, and some of his musician friends, had a Funk band called Forte. Even while Bulgaria was still ruled by a communist dictatorship, they covered sensational, truly funky material.

Their material included Level 42’s Funk instrumental “43” and “Domino Line”, a Jazz-Funk tune by the Japanese group Casiopea, which included an extremely funky drum solo with brilliant off-beats and one of the most breathtaking slap bass solos of all time, delivered by Tetsuo Sakurai. They really cherished the Funk in Bulgaria, and they honoured it, by interpreting these kinds of sounds.

At a very early age, Kiril used to be a Heavy Metal guy. “Bands like Earth, Wind & Fire, The Commodores or the late George Duke transformed me”, he says today. These very strong influences made him a “funky guy”, while those professors at the Conservatory in Sofia must have been surprised, when they saw and heard him play that stuff, back in the very old days.

Forte also played abroad.”I remember, we were playing “Domino Line”, for a group of Japanese tourists in a Norwegian Discotheque”, says Kiril, “and the manager wanted to throw us out of there, due to the loud sound.”

The Funk audiences in Bulgaria grew during those times. And there were quite a few extremely gifted musicians, including genius slap bass players, who were – and still are – the most funky musicians in Bulgaria. Among them are Akaga’s Krassi,

“Funky”, whose real name is Dimitar and who has been a promoter of big gigs for decades (Sofia Music Enterprises), and Ivaylo Zvezdomirov, who has funked up many venues with many bands, such as Yassen Velchev’s Grupa TE and FSB, with his masterful slapping, are among the most funky musicians in the country as well.

Ivaylo is the Bulgarian Louis Johnson and the Bulgarian Stanley Clarke, both at the same time. One good example for his excellent work is the slap solo in Grupa TE’s “Eject”.

Sensational stuff. But there is more. One of the most gifted musicians in this country, the pianist, composer and arranger Jivko Petkov, is a classical music and Jazz genius, but also a Funk enthusiast. When he arranges funky concerts, e.g. with vocalist Beloslava, he does an excellent job.

And when he includes Antoni Rikev, yet another slap bass hero, any of her gigs will be the most funky thing ever heard. Tony also has Funk and Fusion projects of his own, in which he promotes high quality sounds.

The Bulgarian Funk community tends to overproduce material on albums. It is a strong tendency, which results in “oooomph, oooomph, oooomph” tunes on recordings. But their live gigs are spectacular.

Oh yes, FSB. When they incorporated the slap bass intro to George Duke’s “A Brazilian Love Affair” into one of their tunes in the 1980-s, and when they did more funky stuff back then, they became a strong influence of this kind too.

That is how the Funk made it to Bulgaria. Let’s hope it stays. Let there be Funk!