Found in Sofia: The Best Cheesecake on the Balkan Peninsula 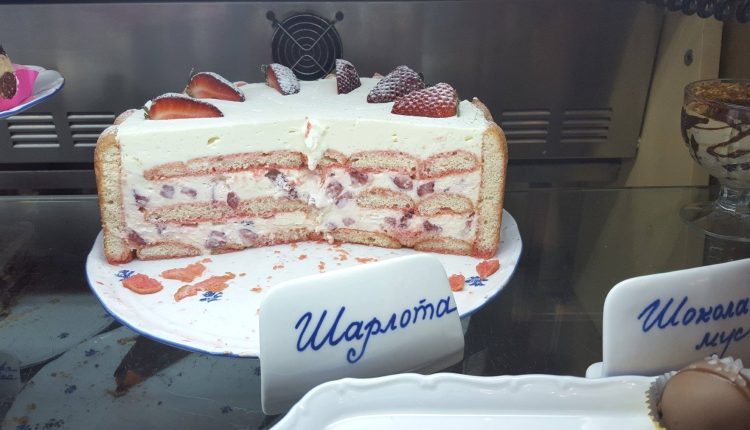 During a weekend walk on Sofia’s equivalent of the Champs Elysées, Vitosha Boulevard, desires might come up, for committing a sin. Very close by, at Ul. Neofit Rilski 26, just the right place was located. It is a café called “Villa Rosiche”.

Cheesecake in Sofia? An expat who is under the illusion that his home country, Germany, is the paradise of cheesecakes, looks at the menu with skepticism. “Sure, cheesecake in Bulgaria. A good joke. Hahaha.” He wants to try it anyway, in order to prove his thesis, according to which nobody outside Germany knows how to make proper cheesecake. So, he orders the raspberry cheesecake and chocolate milk.

The moment the order hits his table, the expat already senses this cheesecake will not be the catastrophe he expected. He feels its softness while cutting off a piece with a cake fork. Once he tastes that very first piece of raspberry cheesecake, he is already in love.

That is because he just found the place with the best cheesecake in Bulgaria and probably all of the Balkans. Maybe even the best on the whole damned the planet.

“Villa Rosiche” was crowded yesterday. Because of the cold, wet and windy weather, sitting in the little garden was not an option.

The café’s look suggests it might have been furnished by elderly ladies, and for elderly ladies. Millions of little pictures and other details are all over the place, almost like in a Viennese café.

But the guests sitting around little round tables, on two floors, are mostly young. Several families with children are here, so are amorous couples, holding hands and kissing after every cheesecake bite.

This café, in this tiny street in the middle of Sofia, used to offer two kinds of cheesecake. They had a plain version and one with strawberry. By now, they seem to have about five different kinds. And all of them are simply delicious, too good to be real, and an excellent reason to add to all the weight gained during the recent Christmas holidays.

The paradise of cheesecakes is not Germany anymore. Forget it. It’s Bulgaria. Thanks to “Villa Rosiche”.

So, you want to read the German version of this article? It’s here.

“Jerusalem Park”: An Israeli Gift to the Children of Sofia