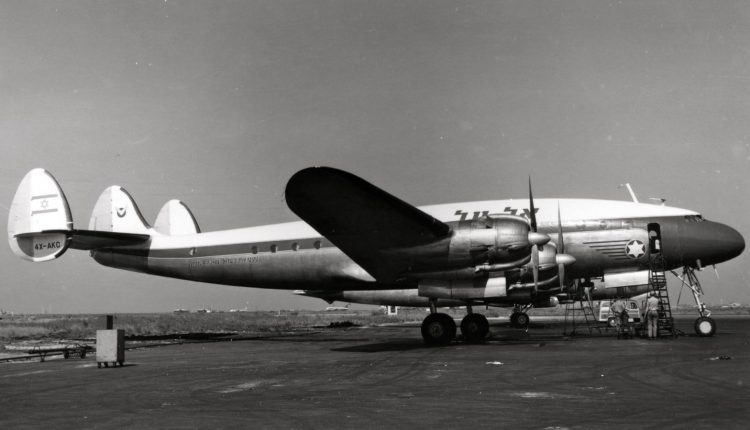 Seven crew members and 51 passengers, among them three children, were on El Al flight no. 402 from London to Tel Aviv, in the early morning hours of July 27th, 1955.

When the very plane pictured in the photo above raced down the runway of Schwechat Airport in Vienna that terrible night, after a stop in the Austrian capital, the 58 people on board had only three hours to live.

It was the Cold War. The Soviet Union made Bulgaria verbally attack Israel in constant rants at the United Nations. The Eastern bloc did not like Israel, to say the least. The communist regime in Sofia even removed Bulgarian Jews from jobs when the only Jewish state on the face of the Earth defended itself against Arab aggressors.

In the dark of the night, the pilots of El Al flight no. 402 followed the airway Amber 10. It looks like they misidentified a beacon called “Skopje NDB” and changed their heading to 142 degrees. That course took them directly into Bulgarian airspace.

There might have been thunderstorms, which made navigation difficult, under the circumstances of 1955. Also, the pilots might have been fatigued at this hour. They were well trained, but made a mistake.

The Israeli plane was reportedly registered by a military observation post near the Bulgarian town of Trun. The fact that Trun is located to the north-east of Skopje and therefore cannot be part of any route from Skopje to Tel Aviv, might be the most obvious sign pointing towards the confusion in the cockpit.

This deadly incident led to outrage in many countries, and a huge argument, which continued for many years. Big lies were uncovered.

The story about the shooting down of El Al flight no. 402 is part of the chapter on communism in the book “Bulgarian Jews: Living History” by Clive Leviev-Sawyer and Imanuel Marcus, which will be released on March 10th, 2018.

Bulgaria’s Jews. Where did they come from? How did they live? How were the Jews of Bulgaria proper saved in 1943, while more than 11,000 Jews from Thrace and Macedonia were murdered by the Nazis? What did the Bulgarian Jews do after the War? What are they doing today? And what will they do tomorrow?

All of this, and more, is included in “Bulgarian Jews: Living History”. It will be available at Amazon and at Shalom in Sofia.