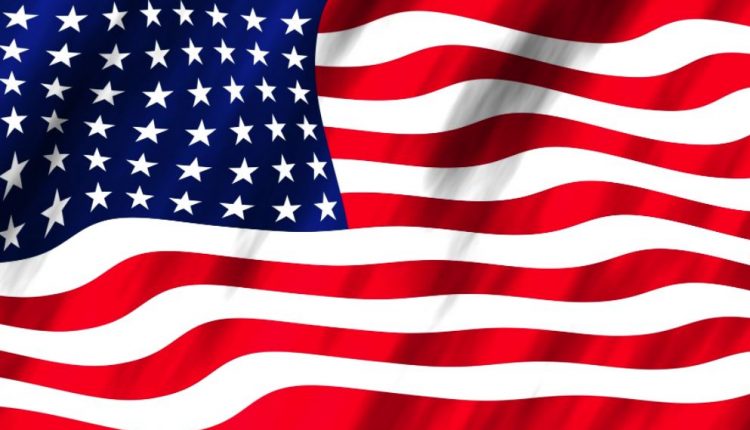 America, the land of extremes: It’s more than just a cliché. Millions of U.S. citizens are obese, since they eat all day long. The next extreme: Those musclemen who do training in gyms all day long. Yet another extreme: The religious right, who are praying all day long and would rather teach Adam and Eve than Darwin.

Well, of course there are people “like you and me” too, especially in the largest cities. Also, we have those who do not have a clue about the world behind their “shining seas”. A typical statement: “You are moving to Bulgaria? That’s part of Russia, isn’t it?”. Well, it’s different in the D.C., where they know every detail of any country better than a native does.

Everything is convenient in America. When you rent an apartment in Northern Virginia, 10 minutes from the D.C., it will have it all: wall-to-wall carpeting and even a microwave. Forget your hectic European lifestyle. You need to go to the bank? Steer your V8 around the corner and use the drive-in counter. A lasting experience. Shopping in an online-supermarket in 1999? Three bananas, a dozen eggs and a toothbrush? No problem. They will deliver in no time.

Since the Europeans are copying American entertainment, they should also copy American supermarkets. There is so much room in there, nobody will push you away while you are inspecting the shiny grape jelly or the “Bimbo” bread they offer.

More weird items they sell at Safeway? How about “Dianetics”, a pseudo-scientific piece of literature by L. Ron Hubbard, who turned his Science Fiction novels into a mean cult which the Americans call a religion? How many gallons of milk do you need today? And the cheese! What kind do you want? Cheddar, Cheddar or Cheddar?

For those who refuse to give in to that, there is always “Trader Joe’s”, the import supermarket. Or “D’Agostino’s” in New York. Ten dollars for a tiny piece of Gouda? It is definitely worth it, after two months of Cheddar.

America and its music: All that Jazz came from America. This also applies to Rock N’Roll, Soul and Funk. The most brilliant band on the face of the Earth (along with its Wind and Fire)? American. Hollywood too. And stand-up comedy. Louis Black or the late George Carlin are favourites (or should I say “favorites”?) from the U.S.. Let’s not even mention the big Broadway musicals.

Swearing is not for everyone, but they swore everywhere, including at the White House, and they still do. In the large East Coast cities, this is the language we hear on the street: “What the f*** is wrong with you?”. “Shut the f*** up and get your fat a** over here.” Swearing as an effective valve, which helps people find relief, get rid of stress. Also, it breaks the ice. Swear with almost anyone in New York City or D.C., and you will make lots of friends in no time.

What I loved most? The diversity. African, Arabic and Asian Americans, mainland-European, Irish and Israeli Americans, Latinos and everyone else are part of it, the feeling of togetherness. Unfortunately, that depends on where exactly you are and whom exactly you are talking to.

Let’s get to the disappointing parts. Moving to America and not seeing many interracial couples, actually hardly any, in spite of the diversity, is a disappointment indeed. The same applies to seeing which ethnic groups are in jail or even Death Row for what offenses and at what percentage.

The fact that there is a Death Row is one of the worst aspects, along with the guns. The latter go along with the wide-spread ignorance, the consequences of which we even see and hear in presidential campaigns. The electoral system is weird too.

History, politics and wars: First of all, the U.S. have defeated fascism, along with the other allies. Also, they ended the genocide in Bosnia. European governments were arguing for far too long, when William Jefferson Clinton and Madeleine Albright took action, by dropping off weapons for the Bosnian army in a unilateral move, and by finally enforcing the start of the overdue NATO operation in 1995, which ended the deadly siege around Sarajevo.

America formed a coalition to drive Saddam Hussein out of Kuwait. And, last but not least, most U.S. administrations in the past decades have supported Israel against bias at the U.N., in Europe and elsewhere. All of this calls for deep gratitude.

America has also made big mistakes and acknowledged those only in part. The way the second Gulf War was “sold” to the public, the Vietnam War, Allende. Bill Clinton has apologized for not stepping in during the genocide in Rwanda. Yes, sure: slavery and segregation as well. And the situation of Native Americans.

But this post was supposed to be about the feeling, the aura of America. America, the beautiful, from sea to shining sea and that kind of thing. America, the large, featuring thousands of miles of beach, the Rocky Mountains, the deserts, the Great Lakes and all.

Foremost, being welcomed, as an expat or an immigrant, into a country of immigrants, feels good. Every American is something: “I am Irish” usually means someone had a great-grandmother from Dublin. “I am German” means their hairdresser’s cousin had an aunt who met Elvis Presley in Garmisch. And, unless racism is involved, there is interest and respect for expats or visitors from anywhere.

The biggest treasure I brought home from America: My eldest daughter, who is American by birth.