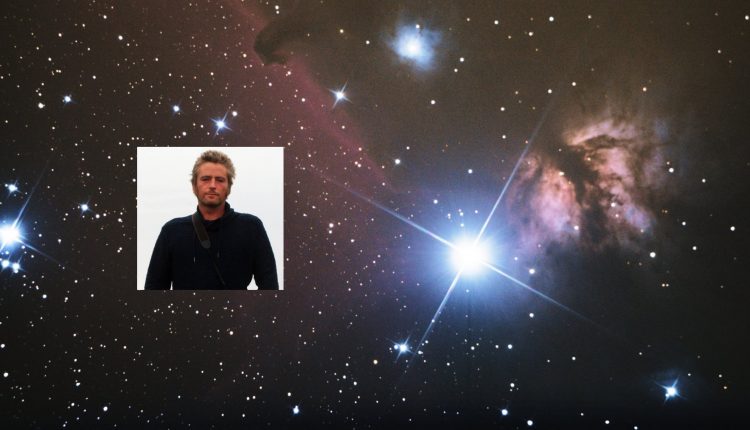 Space, the final frontier, is being monitored all over the world. Organizations such as NASA or ESA use huge telescopes, including the Hubble Space Telescope, which was launched almost 28 years ago, and is still delivering insights into deep space.

Also, there a astronomy photographers. Steve Skelton, a British citizen in Bulgaria, is one of them. He and his family live close to Yambol. Since he was a child, he has had telescopes. Some 18 years ago, he first connected a camera to one of them, in order to document what he saw. He never lost his fascination for space.

Steve Skelton, an editor for Amateur Astrophotography Magazine and the Wild Camping Magazine, who is known as Steve Astromag on Facebook, invested thousands of Pounds into his equipment, for even better shots. Skelton’s photos are brilliant indeed. Imanuel Marcus spoke to him.

Magazine79: What was the most stunning thing you ever saw in space, through your own equipment?

Steve Skelton: This is a hard question as photographing through a telescope is very different than observing, but I think I can speak here for most people that have a telescope: the rings of Saturn. There is just something amazing about actually viewing this well known planet with your very own eyes.

Magazine79: When you are outside at night all the time, shooting stars, does your family call you crazy? Or do they support you?

Steve Skelton: Well my, wife says she is a “Widow to the Stars”. The children do wonder what I am up to on nights when it is as cold as -10 degrees (Centigrade) outside.

Magazine79: What do you think about the dangers up there in space? Do you track meteorites or anything similar?

Steve Skelton: As far as dangers, there is not really a lot anyone could do if a meteor large enough to cause any damage was to hit Earth so I do not worry about that at all. There are comets that are very interesting to photograph, but also very difficult.

Magazine79: You also shot a nice series on Earth, called “Abandoned”. Where did you find those houses?

Steve Skelton: These images are of abandoned houses in the village where I live near Yambol. It is such a shame to see these once homes going into such terrible disrepair. Some of the more rural villages here in Bulgaria are failing fast as the youth want to move out of the villages where there is work and the older generations that still live in some of these old village houses do not have onyone to pass the houses on to to actually live in. With the extreme Winters and Summers here and many of the older houses being made of mud stone, they become wrecks of houses very quickly.

Magazine79: What kind of shooting projects are you planning this year?

Steve Skelton: I am hoping to try some project photography this year. I am going to continue with the abandoned houses project, but I am more excited to photograph the Milky Way this Summer. In the past years, I have been too busy with building renovations and so on, but this year I hope to try different locations.

Magazine79: Is the Bulgarian countryside a good spot for space photography?

Steve Skelton: It is a good place for astro photography because of its dark skies and lack of light pollution. Although I live almost 100 kilometers from Bourgas, the light pollution I get from there is unbelivable. Light pollution can be taken out of digital images by using Lightroom and Photoshop, but at times it does look faked. If I point the telescope and camera directly above my head, which is also known as the Zenith, light pollution is not so bad, but with every degree I bring the telescope down, it starts to show up.