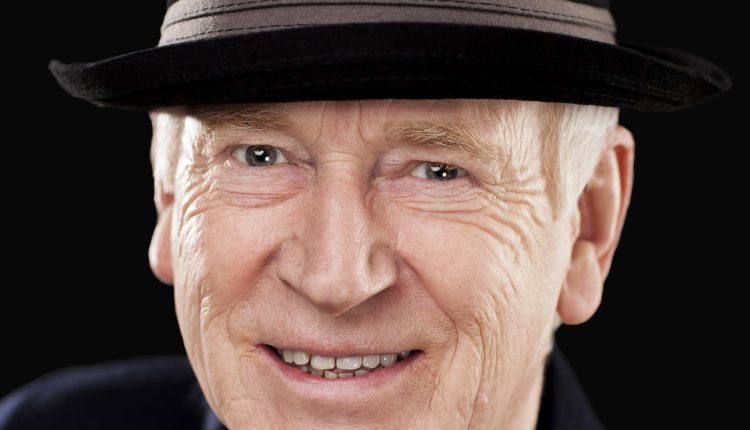 In 1980, a gifted young drummer by the name of Roger Odell did what gifted young drummers usually do. He joined a band, which was “Easier Said Than Done”. Little did he know that his band, Shakatak, was going to make him very busy for the next 38 years and beyond.

But Roger Odell wouldn’t be Roger Odell if he just stared out the window in his scarce spare time. Instead of just waiting for the next “Invitations” to festivals or the next “Late Night Flight” to Tokyo, he would work on his own projects, meaning he still does a million things at the same time.

Some 35 years ago, Imanuel Marcus ran into Roger Odell at a Shakatak gig in Stuttgart. They discussed Japanese Jazz-Funk (“Mint Jams” by Casiopea) and other great sounds. Now he finally spoke to him again.

Magazine79: In 1981, a Jazz radio station in Mexico City announced a tune by a band with a very rhythmic name. That tune was entitled “Late Night Flight”. It was the first time I heard your band and your drumming. A sophisticated, modern form of British Jazz-Funk was spread via the airwaves. Were you guys the heirs of Morrissey Mullen and other British Jazz-Funk groups?

Roger Odell: That tune was on our first album “Drivin’ Hard”. There were a few bands playing the British style of Jazz-Funk. But we were more aware of Herbie Hancock’s Headhunters, Chick Corea, Dave Grusin, Lee Ritenour and similar American bands.

Magazine79: Shakatak didn’t just pop up like popcorn. Every band has a history. In your case, there was a Jazz-Rock band called Tracks. The names of its members sound very familiar. They included Shakatak’s Bill Sharpe, Trevor Horn and Keith Winter. Of course that was before Shakatak was founded. What kind of stuff did you play? Did you guys have fun?

Roger Odell: We played more of a Jazz-Rock style influenced by Chick Corea’s second band who recorded “Hymn Of The Seventh Galaxy”. However, there were some Funk elements.

Magazine79: Musical influences are always interesting to hear about. You have been the drummer of a Jazz-Funk group since 1980, but you say Elvis Presley’s “Heartbreak Hotel” was one of yours. How does that fit together?

Roger Odell: I mentioned that because it was the first record I ever bought! I really liked early Elvis but then I heard Gerry Mulligan and Miles Davis and that was it for me.

Magazine79: You also name Blood, Sweat and Tears as one of your influences. Have you ever noticed they don’t seem to be “hip” in the Jazz-Rock and Fusion world anymore? How did that happen? What is wrong with this world?

Magazine79: In 1982, two brilliant Shakatak albums exploded all over the world. They were entitled “Night Birds” and “Invitations”. Both contained elegant British Jazz-Funk at its very best. There is one track on “Night Birds”, which is unbeatable and which seems to stand for what Shakatak was all about at the time. That one was “Takin’ Off”. What is your opinion?

Roger Odell: I suppose “Nightbirds” is the one track that launched our International careers. We had played more instrumental music on our first album but when we added vocals to “Brazilian Dawn”, and a couple of other things. We realized that there was something very appealing with an instrumental/vocal mix. It became the bedrock of our style.

Magazine79: “Down on the Street” sounded very different from all the albums you released before. Would it be safe to say that album was very commercial?

Roger Odell: Yes, particularly the single “Down On The Street”. Originally that started with a lyric that I had written, called “Fool To Myself” which I did not think would be for Shakatak at all. Bill wrote a melody for my lyric but it didn’t fit Shakatak. Our producer asked me to write a very “up”, “party” type lyric for it and that became a big hit for us.

Magazine79: You are an excellent Funk drummer. For 38 years, you have delivered the beat, the off-beats, the solos and the whole package. If you had to explain Funk drumming to a young drummer, who just got his first Pearl kit, what would you say?

Roger Odell: In very simple terms, play very simple things very well. Then take it from there. In fact, there are many Funk grooves that are “simple” and many more that are very complex. I don’t know if you’d consider “Billie Jean” to be Funk or perhaps Pop-Funk. And that is the most simple drum groove in the world. But, it’s all about how it is played. Something by Tower Of Power, on the other hand, might have a very complex groove.

Magazine79: Airports, transfers, hotels, backstage, showtime, hotel, airport. Just another day at the office, right? How do you feel about all the travelling after 38 years?

Roger Odell: I love travelling. We might go away for a couple of weeks on tour and then come home for maybe a week or two before travelling off somewhere else for a few days. The perfect balance between travel and home life.

Magazine79: Yes, you are Shakatak’s drummer, but of course that is not all. You play in a Bebop group as well, among other projects. How complicated is playing Bebop and what do you enjoy about it most?

Roger Odell: I guess all music can be both complex and simple and Modern Jazz or Bebop contain both elements. I suppose you need to handle faster tempos in Jazz and the main groove is carried on the ride cymbal with snare and bass drum able to compliment that groove. In more “popular” styles the 2 and 4 beats generally are consistent and there might be less freedom to improvise around the groove. I enjoy both styles. The great drummer Steve Gadd was an inspiration. He showed that as a drummer it is possible to cover Jazz, Funk, Pop and more.

Magazine79: The music world can be the most romantic world on Earth. Your wife Larraine was actually a vocalist in a band you played with. What do you remember about those times, when you fell in love with her, while playing those sounds?

Roger Odell: I fell in love with Larraine well before we were in a band. I was already playing and I heard Larraine singing along. I encouraged her to take it seriously. We ended up playing in the same band together. Larraine is more interested in the Jazz singers like Billie Holiday, Sarah Vaughan or Ella Fitzgerald. She mainly sings songs from the Great American Songbook, although I did persuade her to sing on the Beatifik albums “The Blue Window” and “Intrigue”.

Magazine79: Roger, it was great talking to you and I thank you. Just one more question. Is there anything right about today’s music world, which celebrates sounds out of the can, which doesn’t appreciate real music and which doesn’t even want to pay musicians appropriately?

Roger Odell: Popular music is always evolving. New technology moves things forward. Remember, at one time a grand piano was “new technology”. So I think you go with the flow. The secret is to compose your music and then use whatever you like to get it in a form that communicates. Use all acoustic musicians playing together, like in a Jazz quartet, or create something using a computer. If it works, it works. Like many situations the music business offers rewards for some, while others struggle to make a living. That’s capitalism for you. I’ve certainly had my ups and downs. But my advice to any musician is if you love it, then keep plugging away and you never know what’s around the corner. Nice talking to you.

The Scholl Siblings: Murdered by the Nazis 75 Years Ago