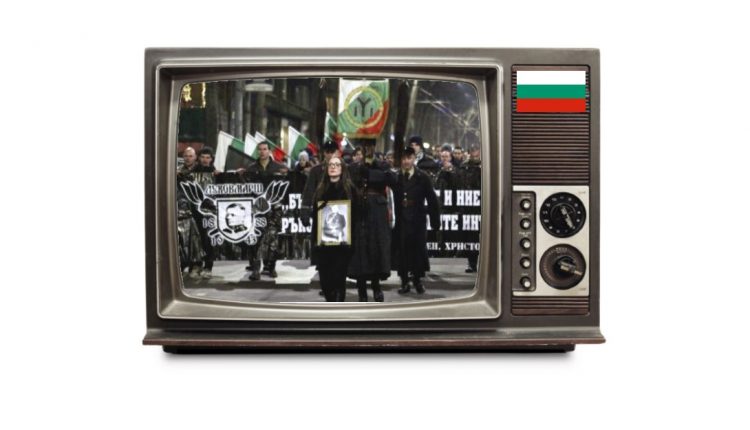 Bulgaria has many heroes. Vassil Levski was part of the movement to liberate Bulgaria from Ottoman rule. Hristo Botev, a poet and national revolutionary, is another good example. Every second street is named after him.

Bulgarian neo-Nazis actually do try to instrumentalise those historical figures for their purposes. But for their main event, an annual torch procession, they choose to honour one of the most anti-Semitic Bulgarians ever: Hristo Lukov.

In World War I, Lukov commanded an artillery battalion. Between the wars, he headed the Army School of Artillery and even served as Minister of War for three years. When World War II started and Bulgaria teamed up with Hitler, Lukov already had excellent contacts in Nazi Germany.

Through his Union of Bulgarian National Legions, he promoted the anti-Semitic ideas of his German friends, and supported laws which stripped Jews of their rights. In early 1943, a communist partisan shot and killed Lukov.

In the past 15 years, neo-Nazis have marched the streets of Sofia with their torches, honouring him. There is one single reason why they picked him: Under the pretext of honouring someone they call a “war hero”, they want to put up their flags and show what they think of Jews, other ethnicities they hate, and democracy.

There is hardly anything else to be expected from Nazis and other haters. But it does get even worse. Parts of Bulgaria have a more than peculiar way of dealing with fascism and other problematic periods of its recent history.

Representatives of the radical right, who call Bulgarians of Romani origin “ferocious apes”, and who believe refugees should be prevented from entering the country “by force of arms if necessary” are part of Boiko Borissov’s government coalition.

Hate crimes are not being mentioned in the Bulgarian legislation. Neither do high school students learn about fascism (or communism) in a way which would keep them from falling for the kind of message of hate spread by the few smart Nazis in this country, those who write and spread propaganda pieces about the Lukov March.

In the meantime, and this is where things get really problematic, some Bulgarian media try hard to make Nazi marches acceptable in society. On “BG On Air”, a private TV station, a debate “in favour and against” the Lukov March was televised. This is like having discussions entitled “Terror: Good or Bad?”, or “Xenophobia: Is it really that harmful?”.

“BG On Air” actually presented Boyan Rassate of the neo-Nazi movement “Bulgarian National Union – New Democracy”. His statement was not a surprise. Of course he said, Lukov had been “a respectable and humble person” and was “a giant in Bulgarian history.”

His opponent in this televised discussion was a member of the Bulgarian Socialist Party, the municipal councillor Boris Tsvetkov. He stated the Lukov March was unacceptable. Sofia should not become the European “capital of fascism”, he said, referring to the fact that Swedish, German and Croatian Nazis show up for the Lukov March every single year.

Even though Tsvetkov did have a point there, this kind of broadcast raises some important questions:

In democracy, media have a responsibility. They are not supposed to question democracy indirectly, which is what “BG On Air” just did, but rather defend and monitor it, while educating people.

O.k., “BG On Air” is a private TV station, and that is why this happened? Wrong. Apparently, the exact same kind of discussion was just broadcast on the state-controlled Bulgarian National Television (BNT) network as well.

The President of Shalom, the organisation of the Bulgarian Jews, Alek Oscar, watched that broadcast. He said he was “bothered by the fact that BNT is airing a show of this kind, which gave a platform to ultra-nationalists”. The way the host had moderated the entire discussion, “by indirectly defending the nationalist”, had been disturbing too.