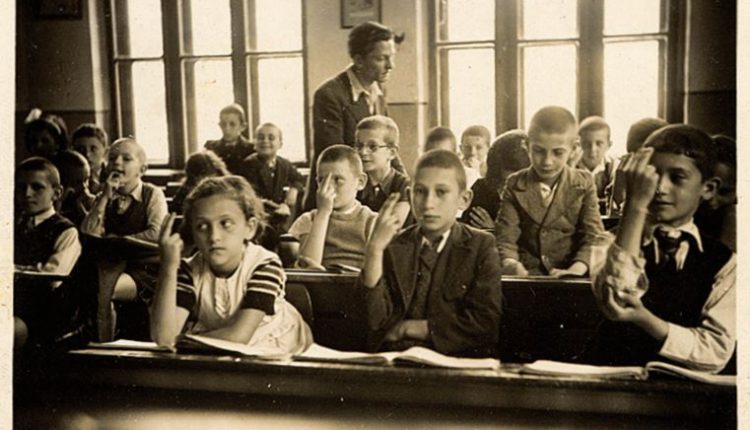 When SS Hauptsturmführer Theodor Dannecker came to Sofia in 1943, he met Alexander Belev, the Bulgarian Commissar for Jewish Questions. The two antisemitic men, one of whom was following direct orders given to him by his boss Adolf Eichmann, came to an agreement regarding the deportation of Jews to Nazi Germany’s death camps in Poland.

What Dannecker and Belev had just struck a deal on was nothing less than the murder of tens of thousands of Jews. As a result, 11,343 Jews from Thrace and Macedonia, regions governed by Bulgaria at the time, were deported and killed in Treblinka.

But the deportation of thousands of Jews from within the borders of Bulgaria proper never happened, even though Dannecker, Eichmann and the fascist regime in Berlin insisted. Bulgaria, which was part of the Axis, and therefore Nazi Germany’s partner country, defied Berlin. Of course this did not just happen automatically, but thanks to courageous Bulgarians, who stood up for their Jewish compatriots.

Dimitar Peshev from Kyustendil, Metropolitan Kiril, a priest from the Christian Orthodox Church, as well as his colleagues Metropolitan Stefan and Metropolitan Neofit, were leading voices against antisemitic laws and the planned deportation of Bulgarian Jews. Along with other non-Jewish Bulgarians, they made sure it did not happen.

The story of the prevention of the deportation, which saved 50,000 Bulgarian Jews, is part of the book “Bulgarian Jews: Living History”. It will be released on March 10, 2018. Shalom, the organization of Bulgarian Jews, commissioned Clive Leviev-Sawyer and Imanuel Marcus to write it.

Bulgaria may have a rather small Jewish community, with up to 5,000 members, but definitely a thriving one. Starting in 1990, organizations such as the American Jewish Joint Distribution Committee, the Ronald S. Lauder Foundation and others helped it to get up on its feet.

Today, there are a lot of activities, a new generation of young Jewish leaders is involved, and the community is implementing its big plans.

“Bulgarian Jews: Living History”, which contains many photos too, will be available in English from March 10th, 2018, on Amazon and at Shalom directly. The release will coincide with the 75th anniversary of the salvation of the Bulgarian Jews.

A Bulgarian version will be released a bit later.