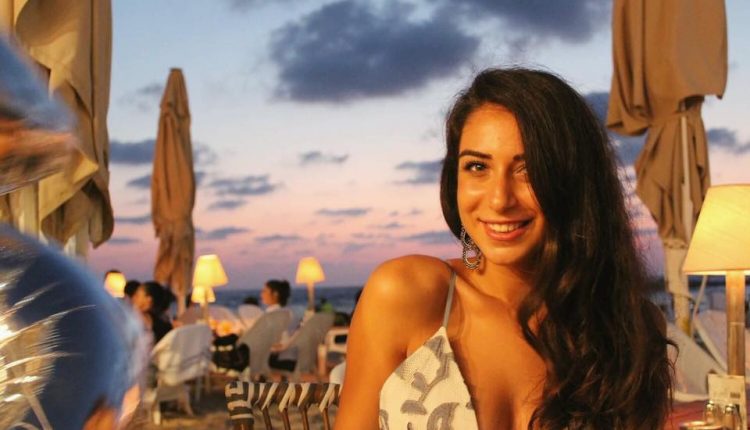 The annual Miss Germany beauty contest has been there for more than 50 years. It is usually about pretty faces and bodies, beautiful smiles, streaming hair, great make-up, and warm personalities.

It might be about even more this time, thanks to Tamar Morali. Like all contestants, the dark-haired 21-year-old is beautiful indeed. On top of that, she is smart as a whip, and she seems to be seeing the positive in everything.

There is one particular fact which makes her stick out even more: She is a German Jew. This aspect has caught the attention of many, including the German and Israeli press.

Each of Germany’s 16 provinces will send one contestant to “Europa Park”, which is a theme park near the town of Rust, on February 24th, 2018. Also, there will be one Miss Northern Germany, one Miss Eastern Germany and one Miss Southern Germany, plus one Miss Internet.

The latter is Tamar Morali, who has always been interested in the fashion world. She actually runs a fashion blog with her siblings. Some fashion expert told her to apply for the Miss Germany contest. She did.

As it turns out, Tamar is not just Jewish on paper, but she is actually practicing. Born in the German city of Karlsruhe, she moved to Vienna with her family when she was 8 years old, because her parents wanted to make sure their kids get a proper Jewish education.

She attended Zwi Perez Chajes College, a Jewish institution, where she studied Jewish history and Hebrew. The usual Austrian curriculum was taught too. At this stage, she studies communication at the Interdisciplinary Center in the Israeli city of Herzliya.

Tamar Morali says she was proud of the development of the Jewish communities in Germany and Austria. “We do not hide, because we are proud of having survived, and of having built such large communities.”

She says people around her were interested in what it meant to be Jewish in Germany and Austria. When they talk to Tamar, they come to the right person, since she is aware of history and of issues like antisemitism. But she says that most encounters of this kind are positive.

If Tamar Morali wins the Miss Germany beauty contest, she will be the perfect representative for both Germany and for the few German Jews. But this also applies if she does not win, in a different way.

While the German press is outperforming itself reporting Tamar Morali could be the first Jewish Miss Germany, they are wrong.

Actually, Valeria Bystritskaia, a Russian immigrant, was the first Jewish Miss Germany in 2011. The difference is that she kept her heritage a secret, due to fears of antisemitism.

The latter is on the rise in Germany. Tamar Morali would be just the right Miss Germany to counter it with her beautiful smile, but also with convincing statements.