Old Teachers in Bulgaria: The Backbone and the Problem 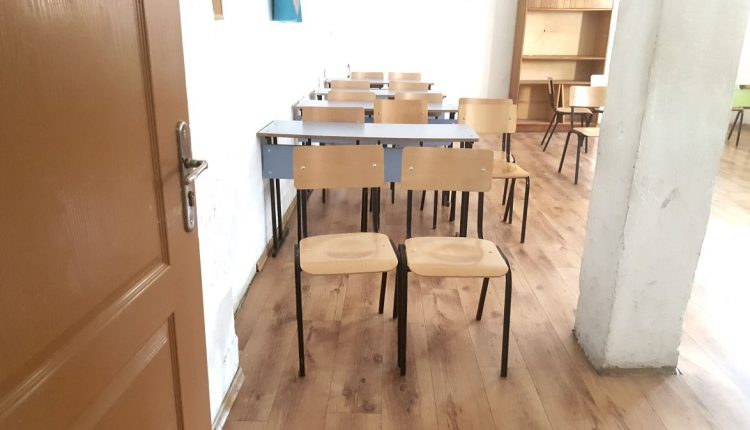 There are already many issues in Bulgaria’s education system. But yet another huge problem is looming at the horizon. It has to do with the age of the country’s school teachers. If Bulgaria does not apply radical changes, pretty much immediately, it will almost run out of teachers within a few years.

Close to half the teachers in Bulgarian schools are 55 or older. They are mostly ladies and they are the backbone of the system. Without them, it would crash.

In many cases, these teachers were already teaching in communist Bulgaria. They had to adapt, because what was right back then is wrong today. This does not apply to mathematics or other sciences so much, since 2 plus 2 always equaled 4. But it does apply to history, Bulgarian and other subjects.

Today, Bulgaria has to be very thankful to those elderly ladies. But at the same time it has things to worry about. First of all, many teachers in Bulgaria are generally not very motivated, younger ones included. As the country’s Minister of Education, Krasimir Valchev, pointed out himself, it is not all about salaries. But to a large extent it is.

Earning around 800 Leva per month (409 Euro) will not motivate anyone. Neither will a promised 15 percent raise from September 1st, which nobody has seen so far. Every few days, Valchev talks about how teacher’s salaries will be doubled within four years. Will it really happen, this time?

It gets worse: Those who have accepted these scandalous salaries for decades, namely these ladies who are teaching right now, will be pensioners within a few years. All of them. This means that out of 60,000 teachers in all of Bulgaria, only 30,000 will be left.

The big question is: What will happen then? The issue already has consequences, according to Yanka Takeva, who is the chairlady of the Bulgarian Teachers Union. She told Bulgarian National Radio (BNR), 2600 retired teachers remained in the classrooms even today, since there was nobody to replace them.

Education Minister Valchev now wants to press every button. “Filling the system with good teachers will not only be done by increasing their salaries”, he said. Policies for the improvement and career development of teachers as well as for keeping teachers in class were necessary, he indicated. One step Valchev came up with: He wants to start advertising campaigns for the teacher profession. What would the slogan be? Maybe “Become a teacher and earn nothing” or “We need you, but you don’t need us”?

The Together in Time Foundation, which wants to help resolve the problem, believes one of the measures to solve the shortage of teachers should be to increase the prestige of the teaching profession. There we go again. But they also say the career development system for teachers should be rethought and it should include training for teachers.

Many of the teachers who will be pensioners soon have antiquated teaching concepts. Teacher-centered teaching is wide spread, meaning the teacher will write math problems on the board and the students will copy them. For the next exam, they will have to understand the material, which in many cases they do not, because of the teaching approach. Instead of teaching how to study, many teachers are teaching how not to teach and how to be unmotivated.

Should they be blamed? With salaries which are far too close to zero? Should many of the students be blamed for not being motivated? No. Should Bulgaria’s government create a “big bang” and radically improve the education system? Yes.

There are too few of them, but some young teachers are out there, many of whom are motivated and want to change the old system they quickly become confronted with, in the truest sense of the word. “Making a difference” is an expression full of cliché, especially in business and among politicians. But there are people who really can make a difference. They are young Bulgarian teachers, along with some of the old ones, who might want to change the dusty system too. Go right ahead.

Photos: A school in Sofia, by Imanuel Marcus

Breanna Ellison: French Hornist from Kansas on Her Way to Bulgaria