Vitosha Boulevard: The Champs-Élysées of Sofia 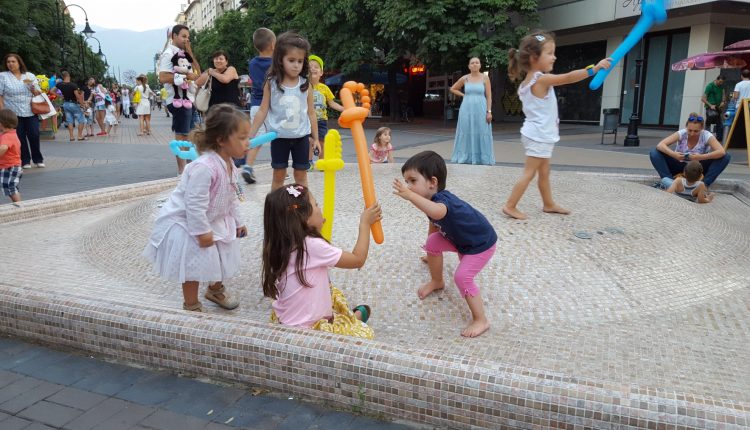 In the past two decades, Sofia has been changing rapidly. Lots of intersections were modernised, the Ring Road was turned from a narrow slice of Swiss cheese into a motorway, and Vitosha Boulevard, which used to be a terrible, polluted chaos, is now the main strolling promenade.

Back then, in 2002, the invention of pedestrian zones had not yet made its way to Sofia. Trams rattled down Vitosha Boulevard, until they would be blocked by countless cars, which were standing on the tracks, in hopeless traffic jams.

Pedestrians, most of whom were on window shopping sprees, and a few who could actually afford the prices on Sofia’s Champs-Élysées, were inhaling exhaust gases produced right next to them. Because, back then, when there was a street, there had to be cars. What else would a street, or a boulevard, be needed for?

Then Sofia Municipality took a big step. The big mess, meaning the car and tram traffic, was banned from Vitosha Boulevard. For a few years, everyone tripped over the old, rotten tram tracks. At that point, this important street was ugly, but at least quiet.

A full-fledged pedestrian zone is what Sofia has today. No, of course there is no comparison between Vitosha Boulevard and the Champs-Élysées. But the main boulevard in the Bulgarian capital is attractive by now.

Vitosha Boulevard can now carry its name with pride. It has become a shopping mile and a tourist magnet. Whoever wants to explore the centre of Sofia, will hit this boulevard sooner or later. It’s usually sooner.

Stressed employees on their short lunch break would invade “Wok to Walk” at Vitosha Boulevard’s northern end, where they can choose their favourite sauce for pasta of all kinds. A few blocks further south, families would visit one of the best book stores in the city, the name of which they would usually mispronounce. It’s “Greenwich”.

At “H&M”, customers would constantly look for items on sale. Further down the road, a group of street musicians would get in trouble with the police. And at “Raffy”, the largest and most popular bar and restaurant on the boulevard, people would stand in line for a table, depending on the day of the week.

The street name is not a coincidence. Which main strolling promenade in any European capital gives pedestrians a stunning view of a mountain range? Sofia. Which mountain range are we talking about? Well, Vitosha.

Vitosha Boulevard is the street to walk up and down on. Once people get hungry or thirsty, or both, they have a big choice: “Raffy”, “Green Bar”, “Street Bar”, “Ugo”, “Memento” and “Social Café” are just some of the places there. Or they can find the right place in a side street, which will be just as good, but probably cheaper, definitely less crowded and even more quiet.

Today, Sofia’s main boulevard may have lost most of its Eastern European aura with its renovation. But, on the other hand, it got the beauty it deserves. And the rental prices.

According to Cushman & Wakefield’s “global flagship report” about rentral prices on main shopping streets in the world, Vitosha Boulevard hit the 51st place. In the second quarter of 2017, the average price was 552 euro per square metre. Well, that makes it quite expensive, but more affordable than rental prices on other main boulevards on the Balkan peninsula.

On Belgrade’s Knezha Mihaila, rentral prices are twice as high, and on Calea Victoriai in Bucharest, they are still a little higher.

Vitosha Boulevard, the pride of Sofia, the place to meet and drink, is also a good orientation spot for tourists who are not that familiar with Sofia. In the south, the boulevard leads to the National Palace of Culture (NDK). Its northern part turns into Boulevard Maria Luiza.

Since the centre of Sofia is small, Vitosha Boulevard is where everyone goes all the time. Today, tomorrow, next week, and in a few months from now.

Bulgaria’s Kavarna: Where the Sun Rises in the North