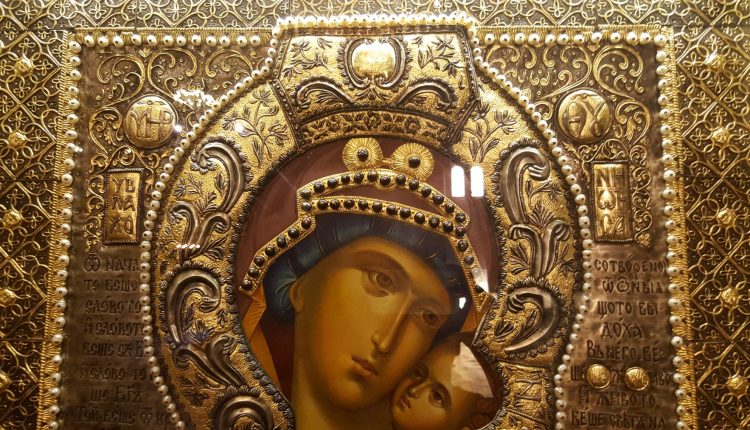 There is one place in Sofia, one object which sticks out. It is the place every single tourist in town will visit.

The Aleksandar Nevski Cathedral is many things in one. As the main attraction in Sofia, it serves as a tourist magnet. Buses full of tourists from Romania, Serbia or Greece stop right in front of the huge building. The visitors check out the antique market in front of the Bulgarian Orthodox cathedral, and they enter the big sensation itself.

It is one of the largest Eastern Orthodox cathedrals in the world and it is big indeed. Depending on the weather, wind and flight path, it can be seen from aircraft about to land at Sofia Airport. It is visible from the Vitosha mountain range, and from any balcony pointing in the right direction. It can probably be spotted from the Moon.

Built in Neo-Byzantine style, the cathedral covers an area of well over 3,000 square meters, or almost 35,000 square feet. On the Balkan peninsula, only the Cathedral of Saint Sava in Belgrade is larger.

The Sofia version is a so-called cross-domed basilica. The gold-plated dome is 45 meters high, the bell tower 53 meters. Twelve bells are installed up there. Carrying them would take a huge crane, since the largest one weighs a whooping twelve tons. Ouch.

The construction of the foundation started in 1882. In 1904, workers really got going, and in 1912, the project was completed. It is probably safe to say that the Aleksandar Nevski Cathedral was built to last. God was most likely very satisfied as well.

But foremost, this huge construction was erected in honour of the Russian soldiers who fell during the Russo-Turkish War, after which Bulgaria was finally liberated from Ottoman rule.