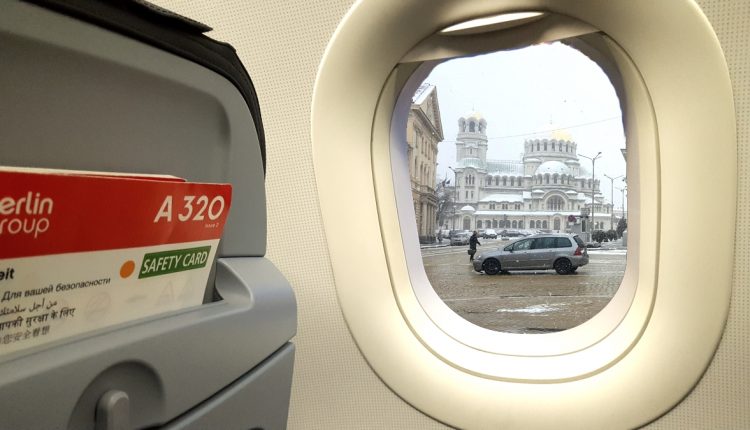 Sofia, the South-Eastern European marvel, the insider tip on the Balkans, the beauty at the foot of Vitosha mountain, the oldest capital in Europe, is now officially a tourist magnet. Visitors from abroad flock the city more and more.

The Sofia Investment Agency (SIA) just came up with numbers and insights, which suggest things are looking up, regarding tourism. Bulgaria, the country Sofia is the capital of, breaks one tourism record after another. Every year, more foreign tourists show up at Sozopol’s overcrowded beaches and Bansko’s skiing slopes. To a certain extent, the growth is hitting Sofia too.

In Sofia, the number of good hotels is increasing, while the number of potholes is being reduced. A halfhearted fight against Sofia’s extremely polluted air has begun. It will hopefully turn into a real fight, with actual results, sooner rather than later.

Out of those visitors, 87 percent came for leisure. Less than 13 percent of all foreign visitors came to Sofia for business. Most foreign visitors arrived from Germany, the UK and Greece, Italy, Israel, Turkey, a country located rather far away, called The United States of America, France, Romania and Spain.

According to SIA, two main factors contributed to the impressive growth:

Along with the number of visitors, Sofia’s hotel market is growing rather rapidly too. Since 2009, the number of nights spent at hotels in the Bulgarian capital has increased constantly. In 2016, it amounted to almost 1.8 million, compared to 1.1 million in 2011. In both cases, foreign visitors contributed the bigger part.

First of all, the trend is pointing upwards anyway. Secondly, Bulgaria is about to take over the Presidency of the Council of the European Union. This aspect will lead to an even sharper increase, since thousands of additional visitors will show up in Sofia, for countless meetings, conferences and what not.

In its report, SIA, which is part of Sofia Municipality, concedes that Sofia’s hotel market “remains relatively immature, compared to other major European cities”. The presence of international hotel chains is actually the lowest in Europe, with only 16% of the entire market.

But that is changing too. More and more international luxury hotel chains are coming to Sofia, a trend started by Hilton, which built its Sofia hotel as early as 2001. One of the chains determined to conquer Bulgaria’s capital soon is Hyatt. At Pametnika Levski in Sofia’s city center, a huge hole was already dug. Soon, a state-of-the-art Hyatt luxury hotel will fill that cavity.

While the occupancy of all of those hotel rooms was rather disappointing in 2016, with 45 percent, it is expected to rise.

But Sofia Airport definitely does feel the growth, which was 21.8 percent in 2016. The number of passengers almost reached 5 million. Hungary’s low cost carrier Wizz Air transported 30.6 percent of those passengers, almost as much as Bulgaria Air (21.7 percent) and Ryanair (10.2 percent) combined.

In the past 15 years, Sofia has changed a lot. In 2002, Vitosha Boulevard was a loud, stinking mess. Countless trams, buses and cars tried to squeeze through what was supposed to be the main shopping street. Today, the central part of Vitosha Boulevard is a pedestrian zone with countless cafés and pubs, frequented by both Bulgarians and foreign tourists.

Back then, packs of stray dogs invaded the city center, and kept on attacking pedestrians. At night, the dogs ruled the streets. Not anymore. Also, tourists were cheated a lot more in 2002. At some businesses, they had to pay higher prices than locals. The latter ended in 2007.

In addition, many main streets were repaired, along with major intersections, and the ring road around the capital was extended. Traffic is still a huge mess, but it would be even worse without those measures. The extended Metro, the third line of which is being built as we speak, is helping too.

It is hard to believe, but one big problem still persists: Mafia taxis still prey on foreign tourists, as if we were still living in those pre-EU times. The authorities do not seem to do anything to resolve this issue, which reflects badly on Sofia, the new tourist magnet.