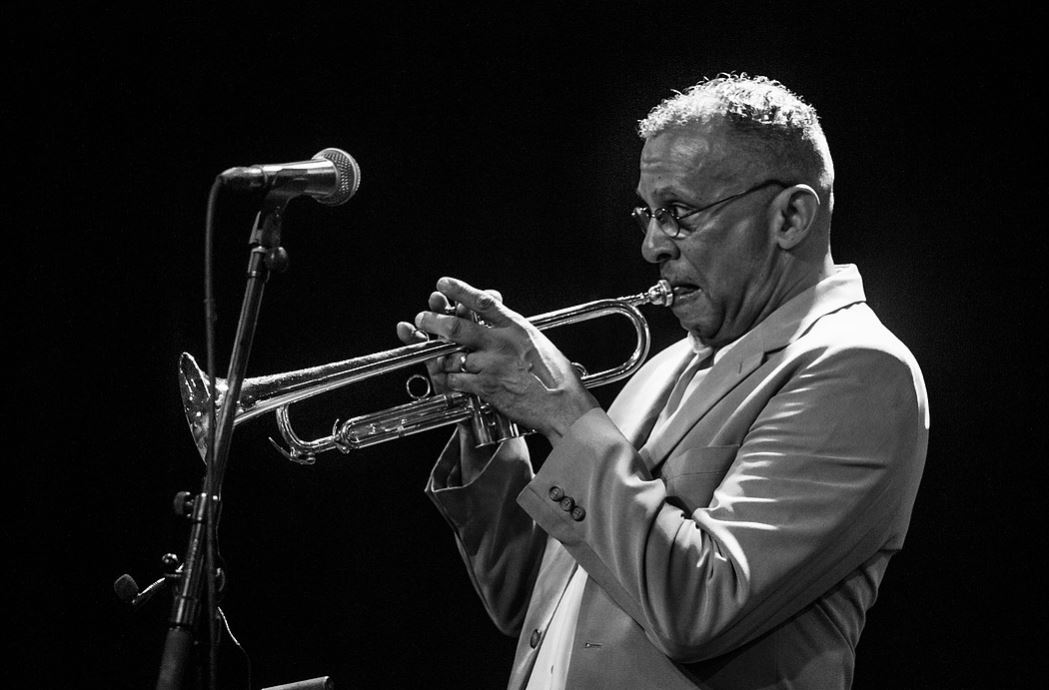 In the mid-1970s, a young trumpet player from Queens got a scholarship for the High School of Music & Performing Arts in New York. At that stage, nobody could have imagined he was going to provide one of the greatest Funk hits ever, or that he would come up with some of the most brilliant Jazz-Funk sounds ever recorded.

Tom Browne learned from Freddie Hubbard and other fellow trumpet heroes. Downbeat Magazine used the expression “warm trumpet” very accurately, while describing his playing. Jimmy Boyd, who used to manage George Benson, Earl Klugh and other top shelf Jazz musicians, believed in him, just like his audiences in all of those New York Jazz clubs did.

Two gentlemen by the names of Larry Rosen and Dave Grusin, who had just founded their record label GRP, believed in Tom Browne as well. This appreciation for his style and approach led to the recording and release of one of the most brilliant Jazz-Funk albums ever, “Browne Sugar”. Similar to flutist Hubert Laws, Tom Browne managed to build the fascination of Funk into romantic Contemporary Jazz tunes. And he redefined Jazz-Funk by coming up with some of the genre’s best tunes ever.

Tom Browne‘s “Browne Sugar” is significant, since it contains several compositions, which are too good to be true. The intro track, “Throw Down”, is so brilliant, packed with off-beats and innovative ideas, that it became one of the best Jazz-Funk pieces ever recorded, even from today’s perspective. Almost four decades later, it is safe to say that hardly anyone has come of with a Jazz-Funk piece as well composed, well arranged and convincing as this one. The British Jazz-Funk act Beggar & Co. interpreted the piece much later.

“Herbal Scent” and “Promises for Spring” are two of those more romantic pieces, which are literally breathtaking, because of Tom’s unique approach, his trumpet, the bass lines, and absolutely everything. These are the kind of tunes which can make connaisseurs cry, with all their beauty.

“Jamaican Funk”, recorded early on as well, is Tom Browne‘s biggest hit. He meant the Jamaica quarter in Queens, New York, while Tom‘s fans always associated it with the country of Jamaica. His Straight Ahead Jazz tunes are more than great as well. Let’s not even mention “Lazy Bird”. Dammit! What a killer tune! One of the most funky tunes ever, entitled “Thighs High”, is his too.

More killer albums followed, while Tom Browne took to the skies, as a commericial pilot. He flew freighter planes for FedEx affiliates quite a lot, when he should have been on stage and at the studio. But flying was his second love. And he never completely gave up on music. Even today, he does gigs, with Patrice Rushen, other brilliant colleagues, and with his own group.

A happy and funky 62nd birthday to Tom Browne, the master!