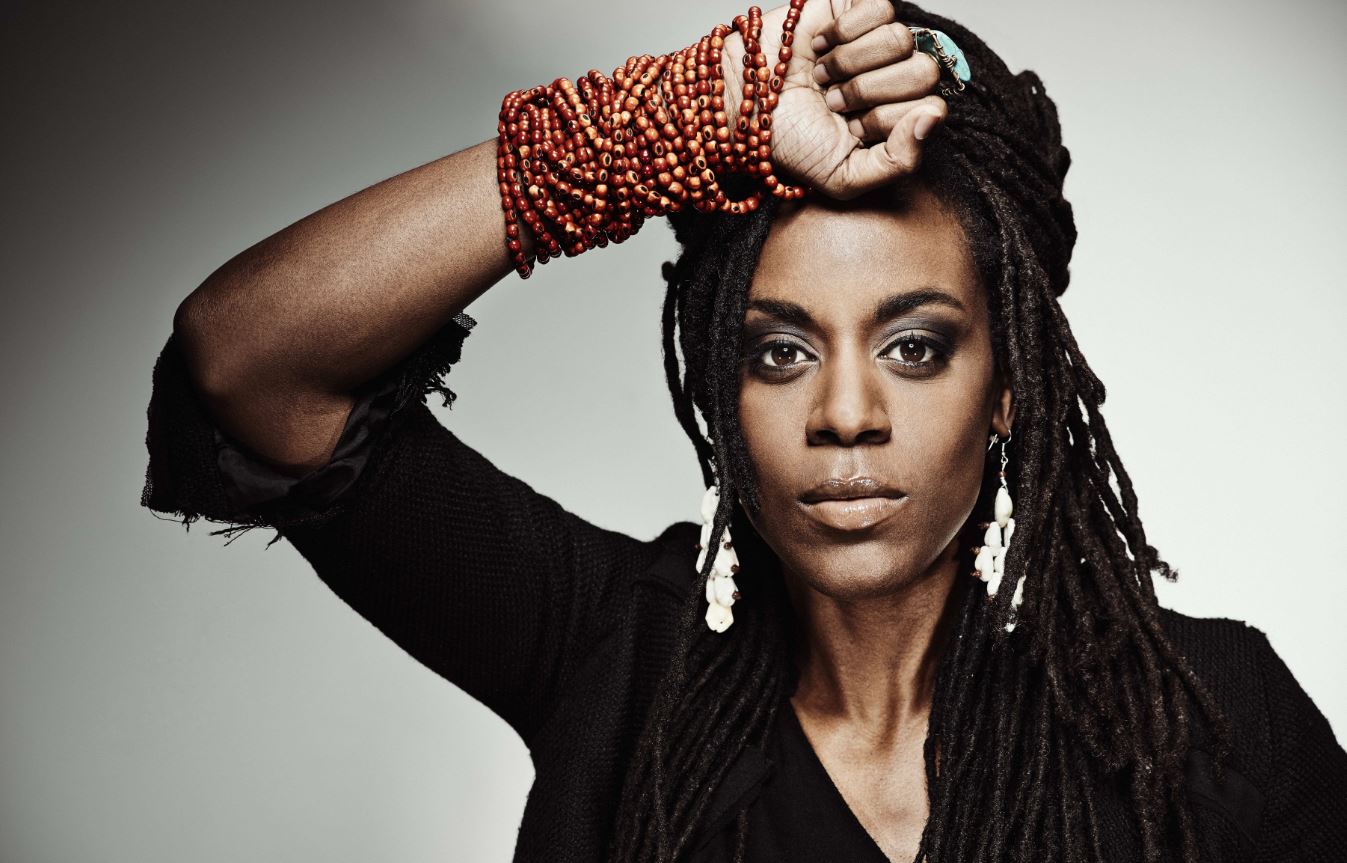 Living in New Haven, Connecticut does not make anyone sit in the center of the world, but far from it. Still, this is the place where a strong voice has developed, a voice spreading revolutionary thoughts, telling tales of anything from justice to love and sex. Akua Naru is a story teller, an advocate for justice and a poet thinking about love and tenderness. The lady from New Haven, who has lived in China and Germany, spreads her message using Hip Hop rhythms, which she mostly speaks on. Some would call it Rap, but they are wrong, in this case.

For Akua Naru, it all started in a Gospel church in New Haven, with an uncle, who brought Hip Hop sounds to her home, and with a strong personality. At age 9, she would deliver her parlando, on top of that uncle’s Hip Hop, at backyard parties.

The racial division in New Haven, along with crime and unemployment, influenced her and her writing, at an early age. She participated in awareness programs, engaged in discussions and studied the works of political activists such as Angela Davis and Malcolm X, while she studied acting, singing and songwriting.

All of these influences made her who she is today:  an advocate for justice and love, an artist who performs the way she does “to fulfill the void she needs filled since access to female voice has been so limited in Hip Hop”. By doing so, Akua Naru got a lot of attention. Her latest album, “The Miner’s Canary” got positive reviews from everywhere.

Akua Naru is now wrapping up a long tour, which has taken her to countless European countries, from the U.K. to Germany, where she gigged extensively, Belgium, Spain and basically everywhere. She also performed in six African states. This is definitely not the last time we will hear from Akua Naru.