Dianne Reeves at 60: The Evolution of a Star 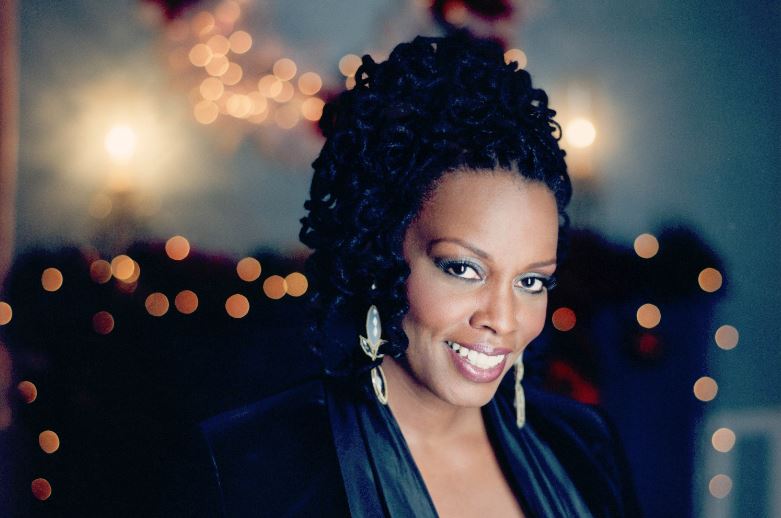 Note: The plural form of the word Grammy is part of this article. Reader discretion is advised.

The minute she was born sixty years ago today, she was exposed to all of this great music. Her mother was a trumpeter, her father a vocalist. He is obviously the one she inherited her singing talent from.

When, on top of all of this parental influence, which you inhale 24 hours a day, your cousin’s name is George Duke and your uncle is bassist Charles Burrell, you are supposed to be discovered by one of them. In Dianne Reeves’ case, something else happened.

Born in Detroit, raised in Denver, she picked up singing and piano playing. When young Dianne performed with her high school band in Chicago one night, trumpeter Clark Terry was stunned. Many others would be, in the decades to come.

At first, she performed with Terry’s bands, then went on to sing with Stanley Turrentine and Lenny White. Afterwards, in 1977, she joined one of the most brilliant Fusion bands of all time: Caldera. The combination of those expensive Caldera arrangements and Dianne Reeves’ light and unique Soul voice was nothing less than a huge sensation. A decade later, she would pick up Caldera’s track “Sky Islands” again, on a solo album.

Night Flight was another Fusion band she co-founded. For three years, until 1986, she toured with none other than Harry Belafonte.

But, while doing all of that, she had already recorded two solo albums. In 1982, “Welcome to My Love”, her first record, should have gotten more attention. Dianne Reeves came up with well arranged, partially funky tunes, such as the excellent title track (listen to Youtube audio below). The more she recorded, the more her easily recognizable voice would move to the center. What she recorded became increasingly intellectual, more jazzy.

In 1987, her self-titled album featured Caldera’s “Sky Islands” as the intro tune. She made Herbie Hancock’s “Harvest Time” a real tear-jerker, in a very positive sense. This was when her cousin, the late George Duke, became active as a producer, after failing to discover her well over a decade earlier. He would produce a lot of her recordings. How about “Loving You”, from her 2008 album “When You Know”? Simply beautiful.

Dianne Reeves was almost drowned in awards. There is something called the Grammy. She did not get one of those. Not two or three. But four. The first one she got for recording a live gig, the second one for celebrating the late Sarah Vaughan, the third one for singing to the Moon (all of those in three consecutive years), and the fourth one for the soundtrack of “Good Night, and Good Luck”.

A happy and funky 60th birthday to the wonderful singer Dianne Reeves!