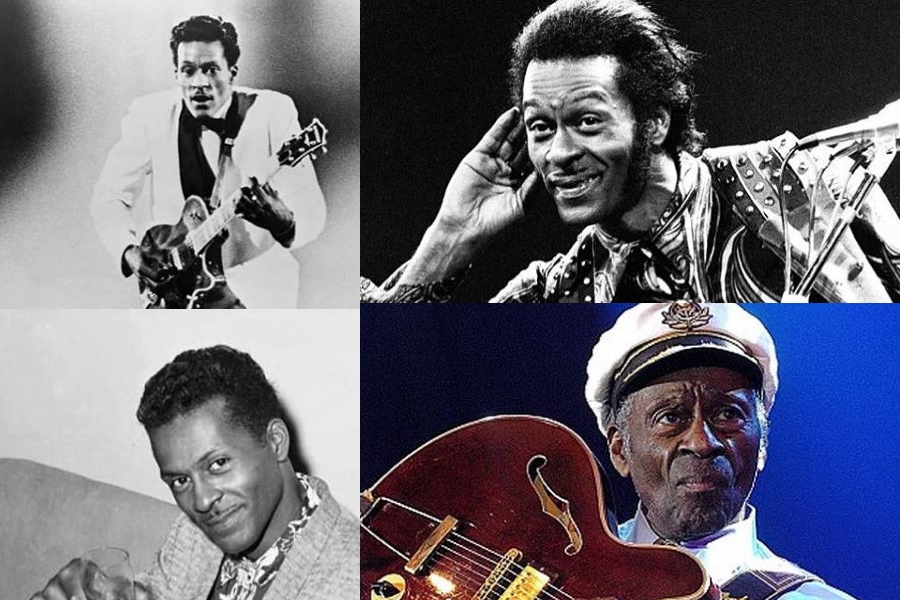 The 1950-s would never be the same again, after Chuck Berry started making huge crowds love his Rock’N’Roll. It was a revolution. And he was the messenger. When Chuck Berry was born, 90 years ago today, in 1926, Rock’N’Roll was unheard of. When he started fascinating the masses, with his first hit, in May of 1955, most other Rock’n’Roll greats were kids, and some of them not even conceived.

We have to thank Chuck Berry for co-inventing Rock’N’Roll, and by doing so, contributing to the evolution of Rhythm & Blues substantially. If it wasn’t for him, things would have sounded different in the 1960s and 70s.

As a small boy, Chuck would dance to the pieces his mother played on the piano. As a 15-year-old, in 1941, he had his first public appearance at Sumner High School in St. Louis. After robbing shops and stealing a car in 1944, he was in detention for three years. In jail, he formed a singing group. It would not be his last time behind bars.

Much later, it was Muddy Waters, who told him to contact Chess Records, because of his gift as a singer, guitarist and performer. That is how it happened. His first single, “Maybellene”, was released, and climbed to the top of the charts. In 1956, it was “Roll Over Beethoven”, a piece everybody still knows today. That actually applies even more than back in the days, when it was released. “Roll Over Beethoven” reached number 29 of Billboard’s Top 100 Chart.

The 1950s were not yet over, when “Johne B. Goode”, “Rock’N’Roll Music”, “Sweet Little Sixteen” and other huge hits made people dance and cheer. By now, Chuck Berry was a big star, and even played in movies.

After serving time in prison again, he got back to work. It was easy for him to get back into the groove, since bands like the Beatles and the Rolling Stones had kept the interest in his work alive. The Beach Boys had actually used the melody of his tune “Sweet Little Sixteen” for their huge hit “Surfin’ U.S.A.”. Bruce Springsteen and other stars-to-be worked with him as sidemen. But, at some point, Berry played with rather average bands, an issue which made his reputation turn south.

Anyway, Check Berry kept on touring and touring. In 2008, he was on a long European tour. In 2011, at the age of 85, he collapsed on stage in Chicago. But until 2014, he performed at the “Blueberry Hill” Restaurant in St. Louis, once a week. Chuck Berry is included in several of the Rolling Stone Magazine’s “Best of All Time” lists. Now, the great Chuck Berry is 90.